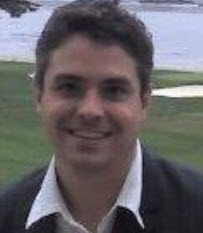 This past year my father required open heart surgery. This is a short article about the hurdles we (his family) encountered along the way. I’ve changed the names, because it is not my intention to embarrass particular hospitals or physicians. The issues I raise are systemic within the American healthcare apparatus. My objective is for you to get smart, get mad, and gain control of YOUR medical records.

In July 2009, my father, Charles, had a routine follow up with his primary care physician, “Dr. Smith.” Dr. Smith told my father, “Well Charles, your EKG came back the same as last year: abnormal.” “Abnormal? What?! Last year was abnormal, too? This is news to me!” My father was stunned.

“Well, you knew you had a heart attack, didn’t you?” asked Dr. Smith. “I don’t know anything unless you tell me!”, my father told Dr. Smith. The doctor changed the subject to treatment: “Let’s get you in to see a cardiologist.”

Yes, that’s right, my father unknowingly had had a heart attack even though he was regularly receiving medical care. A year prior his physician either didn’t bother to look at the result of his EKG or failed to inform my father of his condition. Unbelievable, I know, but true.

A month later, my father visited a Charleston, WV hospital to assess the blockages and see if they could be repaired without bypass surgery. It turned out that the blockages were much worse than anticipated and it became certain that my father would require open heart surgery. With a 75% blockage in one artery and a 95% blockage in another, the cardiologists were amazed my father was even walking around and not experiencing chest pain.

My sister, Lindsey, a headstrong nurse anesthetist based in Richmond, VA, came home to oversee my father’s medical care in Charleston. Lindsey watched over my father like a hawk and prevented more than one medical error. For brevity’s sake, I’ll spare all the details, but her impression was that the cardiology department in Charleston was in disarray and no one was sure who was going to perform the open heart surgery.

As a “Health 2.0 guy,” I turned to the Internet for answers and to determine the competence of the Charleston based hospital. I found free reports on healthgrades.com and determined that the heart surgery-related mortality rates to be relatively high at this particular hospital. Of course, the higher mortality rates might be attributable in part to the general health of the surrounding population, but it was several times higher than some of the top-rated hospitals on the site.

Because my sister works in and is familiar with the healthcare system in Richmond, VA, she and I convinced my father that he should instead have his surgery there. Lindsey felt she could have more control over the situation if he were transferred. Also, according to healthgrades.com, Chippenham in Richmond, VA was among the Top 50 hospitals in the country and this is where my farther eventually had his surgery. (I’m providing its name since we had totally positive experience there.)

With the decision to move to Richmond began round two in my father’s battle to gain control of his medical information. The Charleston hospital did not want to release his information and the nurses and the physicians tried everything in their power to prevent the transfer and, apparently, “keep their customer.”

The Hard and Fast Sell:

After the cardiology department was alerted we were transferring, a new cardiovasular surgeon came to visit my father at 10 PM and said, “Hello Mr. Viars. I’m Dr. Jones and I’ll be performing your bypass tomorrow morning at 8 AM.” No family was around at the time and my father flatly refused and told the surgeon that arrangements had been made for his transfer the next day.

Before the transfer to Richmond, my sister requested a copy of my father’s medical records from the cardiologist. “We don’t normally do that”, the cardiologist replied. Later that morning, she went to the hospital’s records department and asked for the records. “We can’t give them to you. We can only give them to the patient. We’ll transfer them to the other hospital for you,” said the woman behind the desk. Lindsey replied in a raised voice, “Here is my photo ID and a document confirming I have medical power of attorney. My father is upstairs if you want to confirm.”

Trying a new tactic, the women behind the desk then told my sister that, “His records are not complete and we aren’t allowed to give out incomplete records. We will have to wait until later today when we can speak to the cardiology department and make sure its okay to release the records.” My sister was insistent, “Look lady, my father is leaving today, and you are going to give me those records right now. I don’t care if they are complete or not. I’m standing right here until you give me my father’s records.” The woman left to speak with other staff members and my sister said it looked like they were “holding court” trying to determine if they should release the records. In the end, they relented. We got the records, my father made it to the other hospital, and had the surgery. I’m happy to report he has recovered remarkably well. We have a happy ending, but my guess is that others haven’t been so lucky. Here are the takeaways:

Lessons for the Wise: