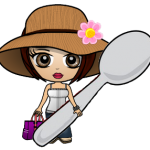 If you don’t truly understand how draining it can be to live with chronic illness, including chronic pain, go read The Spoon Theory right now. In 5 minutes it forever changed my own awareness of my wife’s arthritis and bone pain.

On Twitter I saw “spoonies” raving about this months ago but I finally took time to read it. 2,100 words; worth every second. Also, on Twitter follow @bydls – “But you don’t look sick!” – and explore their smart website, where they’re wisely selling posters of the story for doctors’ waiting rooms, and everything else imaginable in modern outreach through social media.

These are smart people, and this is a powerful piece of writing.