Patient engagement of the financial kind: “Getting Lost in the Labyrinth of Medical Bills” (NYTimes)

…a movement in which networked patients shift from being mere passengers to active drivers of their care, and providers encourage and value them as full partners.

An article in today’s New York Times, Getting Lost in the Labyrinth of Medical Bills, illustrates that (at least in America) consumer engagement is important on the financial side, not just in the medical episode … because a lot of people who are running this stuff have created a mismanaged, tangled, screwed-up and incompetent mess, and we the consumers must take things into our own hands, or die at their hands. (Financially.)

I know those are strong words but I ask you to read that Times article and come to any other conclusion than “incompetent” and “mismanaged.” (I assume it’s not willful corruption.) Those words seem reasonable when providers send charges for things that didn’t happen, claim that they have no ability to control the process, and can’t help you understand what the bill should have been.

And then they throw their hands up and say costs are high because patients are irresponsible.

See what you think. First, a bit of background.

Previous posts on this site 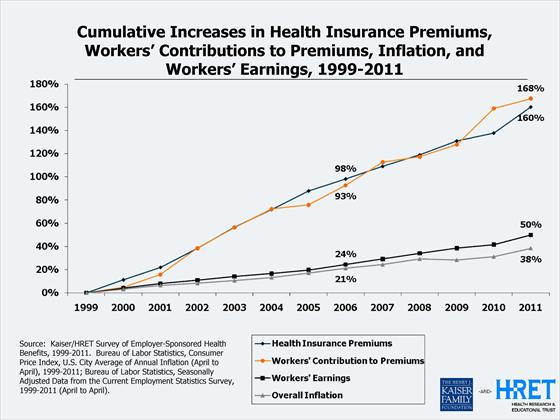 Any competent business observer looks at something like this and asks, “How are these guys getting away with this??  Consumers sure aren’t reporting higher satisfaction with the ‘product’ – what’s going on here??”

Then the September post mentioned the Patient Engagement Framework created by Jessie Gruman’s Center for Advancing Health. Jessie’s team identified 43 behaviors that engaged patients must do, and grouped them into ten categories, ranging from “Find safe, decent care” to “Plan for the end of life.” I proposed an 11th category:

Again, the theme here is patients trying to be responsible for their health, through the medium of the care they receive. And its cost, of course. Here’s the world such consumers live in:

I wish I could paste in the whole text of today’s article, Getting Lost in the Labyrinth of Medical Bills, but that wouldn’t be legal. Please go read the whole thing, if you can – it’s just 1500 words. A few points:

There’s more, but all this is entirely consistent with my personal experience, going back to when my hospital sent my insurance history to Google Health (instead of my clinical history, which I’d asked for). They’d submitted billing codes for conditions I never had (blog post), like:

At the top I said these parts of our healthcare system seem to be a “mismanaged, tangled, screwed-up and incompetent mess.” I said those are strong words, but see what you think.

What do you think?

Here’s a hint: if a system’s well managed and competent, you can find someone who knows what’s going on, what it will cost, how to fix mistakes. I’ll welcome any pointers to who that is – really, I will. My insurance company, for one, doesn’t know.
___________

Epilog: the outcome of my own cost efforts

After three months of spare-time research, I reached the point where I was willing to decide and get on with life. The process was a nightmare, but ultimately I got an expected $7,000 of services (skin cancer removal and a CT scan) for about $1,000. 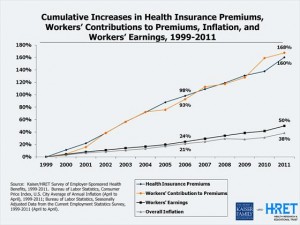 In thanks (not) for this effort to control costs, I got a letter this week saying that my insurance premium is going up 20%.

Post-epilog – a question to ponder:

If U.S. insurance companies are keen to control costs,
why aren’t they doing something about this?

Why aren’t their fraud departments all over things like charges for services that were not actually rendered? If false charges were on an employee’s hotel bill, would they approve it?

My insurance billing story was on the front page of the Boston Globe (April 13, 2009) – as an I.T. story, not insurance fraud, and as far as I know, the insurance company never launched an investigation. Yet every year the industry says they have to raise premiums again – because “costs keep going up.”

Last fall I complained to my insurer (blog post) that a recent “explanation of benefits” didn’t say what I was being charged for (every line item just said “Hospital”). My insurance company said they don’t know, either!

I’m not making that up! It seems that info is only in the hands of a “TPA,” third party administrator, which strips off the identifying details before sending it to my insurance company, which sends the undocumented “EOB” to me – and demands that I pay. Meanwhile, I’m not allowed to talk to the TPA.

I said this makes  it impossible for me to find out if there’s fraud, and the woman actually said: “If there were, we’d do something about it.”

And yes, she said that after saying they don’t know what each line item is  for.

I bet Jean Poole and her peers would gladly sell them how to audit a bill. Might save them a lot of money!

(If you’re an insurance company that does audit for fraud, please tell us about it.)