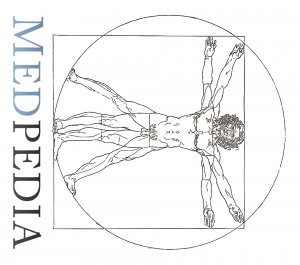 In medicine, to achieve the best you need the best information. So an essential question is, who gets to say what’s best?

That question took a sharp turn this week with the news that Medpedia is dead.

Medical librarian Laika Spoetnik has a strong post on the demise, including an interview with its founder, James Currier: Medpedia, the Medical Wikipedia, is Dead. And we Missed its Funeral.  The bottom line is:

It’s another nail in the coffin of the outdated idea that authority with massive credentials – and investor money – will give you better information than a mob with no investors, governed only by community rules. Read Laika’s post for several analyses back then; here’s the short version of the concept as I saw it:

… when I saw their home page it literally took my breath away: there are invitations for doctors to join, and organizations to contribute content, but nothing for patients – we can contribute ideas, not content.

A crowdsourced medical encyclopedia was fine in concept, but its implementation was unaware that reality has changed. (Ferguson saw it; their investors didn’t.) So among other things, Wikipedia – an uncredentialed, leaderless crowd – has often outperformed Medpedia, whose reliance on credentials was its entire raison d’être: if the premise fails, the enterprise flops. So it goes.

The problem was predicted by our Feb 2009 post Who gets to say what info is reliable? which drew 70 comments. The post asked, “Who will vet the vetters?” Comments included this, from SPM founder John Grohol:

… If you start with a closed, walled-off garden to begin with in terms of contributors, you’re already starting at a disadvantage.

Wikipedia showed that shared knowledge can work … but it takes the devotion of thousands of dedicated, altruistic people. Medpedia, although perhaps well-intentioned, is coming at health and medical knowledge from a distinctly 1.0 “docs know best” philosophy.

It’s fascinating to see that old-school philosophy be grafted on to a 2.0 tool and business model, in hopes of generating something new and different. I have my doubts, reading through the tripe listed currently for mental disorders (full of misinformation).

Laika’s post links to numerous comments by sharp observers, including internet mega-maven Clay Shirky, and ScienceRoll doc @berci, who said back then:

I believe elitism kills content. Only the power of masses controlled by well-designed editing guidelines can lead to a comprehensive encyclopaedia.

The very first medical conference I ever attended was Connected Health, October 2008, where Shirky said in a keynote:

Here’s to the visionaries – the people who understand what’s going on, below the surface, and can see the future, so we can build on it.