Friday evening I got a tweet from SPM member Sherry Reynolds about something that had just happened in Washington. Today it unfolded. (Don’t miss her comment, too, about the history of this issue and her role in it.)

Change can provoke upset. Technological change can be hard, especially in an industry that’s not known for its IT leadership. And social change can be upsetting to the point of the establishment fighting back … as people in the civil rights movement learned. (The recent movie “Selma” makes all this fresh in many people’s minds.)

To some observers of health IT, it appears the establishment is indeed fighting back – actively, through its lobbyists – to reverse the progress patient activists have made. And it looks like things are coming to a head, right now, at the huge HIMSS health IT conference just starting in Chicago. 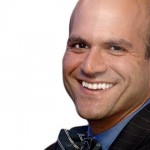 The “day of action” she’s talking about was proposed in a speech a few hours earlier by Dr. Farzad Mostashari, former National Coordinator for health IT, who worked for years to give patients and families the data they need to manage their families’ care. He is not happy with that Friday news item – a rule change proposed by CMS, the agency that makes the rules about what providers need to do, to get full payment. After all the work we’ve done, CMS has basically said “Meh – okay, you can get full payment without anyone actually getting their data.”

(Technically, they propose changing the rule from “5% of patients must view or download or transmit” to “only one patient” (not 1%, one patient) must do it. So, as one IT executive said today in a side conversation, “They get their Chief Nursing Officer to look at her record, and they’re good.”)

Farzad’s remarks came in the closing keynote in today’s “patient engagement symposium.” Reporters in the room were typing furiously. Within two hours health IT journalist Neil Versel had posted about Farzad’s talk and his call to action:

I’m sure much more will be written – keep an eye out.

For health data activists this was a particularly bitter blow to the heart, coming as it does on the heels of a different announcement last week: in a 39 page report requested by Congress, ONC (the agency Farzad used to head) reported that some health care providers and system vendors are knowingly interfering with efforts to move our data around. Here’s a screen capture from that report:

SPM board member Jane Sarasohn-Kahn of the Health Populi blog said on Facebook, “We can make this a movement – we’re waiting to hear about a date-certain, which I will certainly promulgate on every social network I’m on – and I will as you to do the same.”

I can’t help now but feel as if dropping it to one person is ridiculous. … It’s quite frankly, an insulting blow to patient engagement efforts everywhere, and all that it represents in the shift towards the new healthcare. …

[Farzad] called for a day where one million patients asked for their health records as a show that this measure shouldn’t be gutted. If that day comes, I’ll definitely be one of the million.

Gabe also noted that the proposed change was buried in a big set of changes that were released just before closing time last Friday.

Is the empire striking back?

Amazed by both the CMS and ONC announcements (which I hadn’t seen until today), I asked someone in Sunday’s patient engagement session, “Is this The Empire Strikes Back??” He said “If it is, we need the ‘Return of the Jedi.'” That’s what Farzad’s call to action and Regina’s impromptu talk look like.

p.s. Note that this is what it looks like when patients are present at a healthcare conference.