Pay Attention to the Symptoms, but Don’t Ignore the Patient 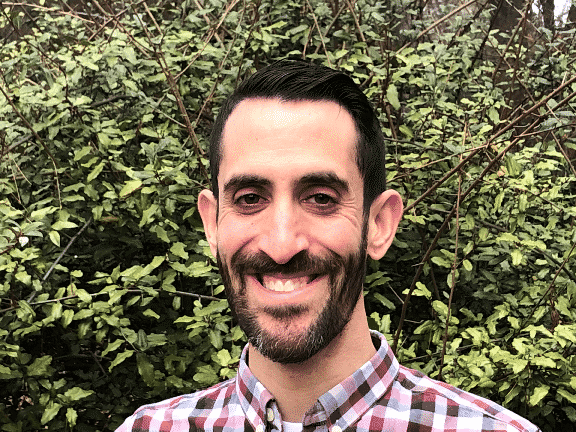 Usually, I write from the perspective of a patient advocate diagnosed with Wolfram-like syndrome, a rare disorder of the endoplasmic reticulum that typically manifests first with optic atrophy, then insulin-dependent diabetes. For the purposes of this blog post, however, let’s step into the wayback machine and venture nearly 25 years into the past, a heady time pre-diagnosis. Imagine your author as an adolescent with shaggy hair and an infatuation with punk rock music. He may or may not have had mutton chops.

Tweenage me had been sick for six weeks with a terrible cough, fever, chest pain, and wracking chills. By this point, I had lost 10 pounds, impressive for someone who weighed 120 pounds soaking wet. My doctor was convinced that whatever I had was viral and would go away on its own. “Give it a few days and you’ll feel better,” he said. A week later, I was sicker and skinnier than I had been since being born 2½ months premature.

I went back to my pediatrician who gave me the once over before pronouncing my symptoms to be purely psychosomatic. I was adamant that what we were dealing with was an untreated case of pneumonia. My illness had progressed unabated for almost two months and I had now lost more than 10% of my bodyweight, presumably because it was so painful to eat and swallow. Since my doctor was so uninterested, an evaluation at Children’s Hospital of Pennsylvania (CHOP) was in order. Complicating matters, my doctor would not relent and, unfortunately, a referral was needed. So, we made a deal. I agreed to a psychiatric evaluation that would surely show my illness was in my head. Then, I would stop taking up space in my doctor’s waiting room. Alternatively, if the psychiatrist felt my illness was very much real, I’d get a referral to CHOP.

Several days and one psychiatric evaluation later, I was on my way to Children’s Hospital. A team of specialists very quickly let my parents know that they had some unanticipated news. The pained look on my face, a grimace really, I made every time I coughed? Undiagnosed Tourette Syndrome. My mother was in shock, and then in tears.

I did my best to be patient and tactful but something wasn’t sinking in with my care team. I grimaced in pain and braced my chest because my airway was inflamed. It had been rubbed raw by nearly two months of coughing. This was a response to pain and an attempt to preserve the integrity of my bodily functions. Not coincidentally, this was when I came to understand that your frame of reference really does shape the world around you. In the case of the doctor who had diagnosed Tourette Syndrome, his frame of reference was as the clinician who wrote the textbook on the subject.

After an intense work up, we found conclusive proof of gunk in my lungs and I subsequently spent about a week in-patient for the treatment of walking pneumonia. My new Tourette Syndrome diagnosis fell by the wayside almost as swiftly as the pronouncement of this diagnosis had been bestowed upon me.

I haven’t thought about this episode in years but, looking back on it now, I realize this was my first foray into patient advocacy. It wasn’t comfortable forcing my way back into my pediatrician’s office but I understood then, even before I could drive, that I knew my body better than anyone on the planet. What I was experiencing was not normal for me (or healthy) and needed to be figured out. I also knew that the most likely explanation is often the correct one. Coughing? Difficulty breathing? Fever? Chest pain that causes you to visibly react? Time to listen to the lungs and, more importantly, the patient.

Health policy professional by training, clinical researcher by trade, and patient advisor by necessity, Richie Kahn is intensely passionate about incorporating the patient and caregiver perspective to accelerate clinical development and bring promising therapeutics and diagnostics to the patients who need them most. He is Senior Director, Patient Success, at Medable.