It’s Time to Acknowledge the Invisible Caregivers Among Us 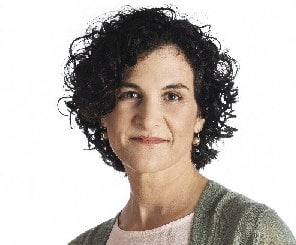 I received an uncharacteristically anxious text from my friend Aileen: “I am having an emergency with my Mom. Please call ASAP.” When I last talked to Aileen, her mother’s dementia had been worsening slowly. A little more confusion, a stovetop left burning after cooking a meal.  But now, her mother was significantly more agitated and paranoid—pacing the halls, hearing music, convinced her family was plotting to kill her. She wasn’t sleeping, so Aileen and her father were on duty 24/7. It had become unsustainable.

Aileen didn’t know what to do. She wanted to protect her mother, and feared triggering her mother’s panic by entrusting her to unfamiliar medical staff.  But I could see the writing on the wall—If they didn’t get professional help, they would fall apart.  I finally convinced her to go to the ER, clarifying that asking for help wasn’t a sign of weakness but a sign of strength.

Like most physicians, I never learned about the issue of family caregiver burden in my medical training. I hadn’t noticed caregivers in the halls of the hospital because I was trained to focus on the patient. But if the support structure around the patient is crumbling, the patient will, too. I became aware of this issue only after making a film about a friend who went home on hospice to die. But during the film’s editing process, I realized that her husband’s story was more urgent. I had thought of him as a secondary character, someone to open the door for the hospice nurse. But his continued deterioration over the course of the film was impossible to ignore.

My friend Aileen is not unique. She is one of 53 million people caring for family members at home—that’s one in 5 Americans, and the number is rising fast. As families shrink and disperse, and rates of divorce and debt rates rise, we are entering the perfect storm.  And the stress of the pandemic has punched an extra hole in our already leaky boat.  Most caregivers like Aileen don’t have many other family members around to take shifts and help with the stress and work. So they become progressively exhausted, financially debilitated, isolated, and overwhelmed. Their own health suffers, too.

When Aileen checked her mother into the hospital, she got three days of rest and her first full night’s sleep in months. Her mother returned calmer, and was able to settle back home. But now they were anxious. It wasn’t a matter of if her mother would decompensate but when. The situation felt like a ticking time bomb.

So what can healthcare providers do to help caregivers like Aileen? Let’s start by identifying the caregivers associated with our patients. Caregivers are everywhere; it’s just a matter of looking for them. Many patients don’t realize that their wife or daughter is actually their caregiver, and many caregivers don’t realize that they are more than just a wife or daughter. Start by asking the patient: Who goes to the pharmacy for you? Who drove you to your appointment today? And remember that your patients might be caregivers too.

Once you’ve identified a caregiver, acknowledge their work—the love, sacrifice, and loyalty that it entails. Many caregivers have told me that simply having their physicians or nurses acknowledge these issues makes them feel empowered and less alone. Be sensitive to the fact that caregivers often experience guilt, shame, and feelings of inadequacy around their role. As such they are unlikely to ask for help. And even if they are open to getting help, they are also often too overwhelmed to utilize help. As healthcare providers, it’s our job to lean in and initiate support, not wait until caregivers are worn out and depleted.

Identification of a caregiver is also a good time to clarify the patient’s medical goals and encourage completion of a POLST form if appropriate. This will not only ensure goal-concordant care for the patient but will also help support the caregiver who will likely be the one tasked with making difficult decisions when the patient’s condition worsens. When I asked Aileen what treatments her mother would prefer in the event of major organ failure, she was adamant that her mother would not wish to be kept alive on machines and would prefer care focused on comfort. Not only did Aileen’s mother not have a POLST form, it had never been brought up by her physician.

Finally, after identifying caregivers and acknowledging their experience, we must connect them to helpful resources—professional and personal. Hospitals should be well-connected with the resources in their local community, and have personnel, often social workers, who can connect patients with resources like hospice, respite, support groups, educational programming, and other programs and benefits that can aid them in this journey.

Family caregiver burden is a rising public health crisis that will affect almost all of us eventually. As clinicians, we are in a prime position to offer help to this critical workforce.  It’s time for us to acknowledge the invisible caregivers among us.

Jessica Zitter, MD, MPH, specializes in Critical Care and Palliative Care medicine, and practices at a public hospital in the San Francisco Bay Area. She is the author of Extreme Measures: Finding a Better Path to the End of Life, and director of Caregiver: A Love Story.