There’s More to Participatory Medicine than Doctors and Patients 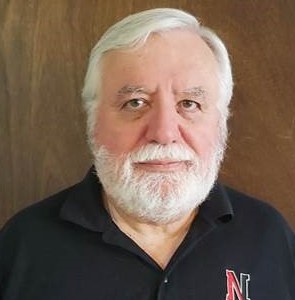 Throughout the history of the Society for Participatory Medicine (SPM), the discussions have focused on two groups of participants. The first is the patient and caregivers. SPM’s work, as illustrated in the Manifesto, has been dedicated to ensuring that members of this group are involved in decision-making and problem-solving associated with diagnosis and treatment. The second group is the providers of care which has been limited to physicians and nurses.

In addition to the physicians and nurses, the provider group should include everyone else who works in the healthcare organizations. That includes everyone from respiratory therapists to phlebotomists to transporters to the people who clean the patients’ rooms. Every one of them contributes to improving the quality of patient outcomes.

In the 1970s and 1980s, Sashkin defined participative management as the degree to which members of a team are involved with decision making and problem solving (1976, 1984, 1986). Sharing of decision making and problem solving are attributes of collaboration. The concept of participation has been extended to cooperation, a behavior that is essential to improvement of health care outcomes (Clemmer, Spuhler, Berwick, & Nolan, 1998; Stoller, 2017).

There’s been research demonstrating that when physicians include nurses in their decision making and problem-solving activities, there is an increase in the nurses’ feelings of empowerment and self-efficacy (Bonias et al., 2010; Gist & Mitchell, 1992; Leggat et al., 2017). This in turn has been shown to improve hospitals’ patient safety culture. The result of improved patient-safety culture is improved patient outcomes.

We should consider, then, that participatory medicine doesn’t just include the physicians and nurses as contributors to the process.  At every step of the way, there are people in non-medical roles who contribute to the patient and caregiver level of satisfaction. Let’s look at an example.

At a large hospital, patient engagement surveys indicated that a source of dissatisfaction was the time it took for a patient to get to a bed after they were admitted in the emergency department. I was asked to lead a problem-solving team to find ways to reduce the time from admission to bed. When I went to the first team meeting, the people in the room were all physician and nurse leaders.

I told the executive who asked me to lead the team that the wrong people were in the room. For this problem to be addressed, we needed people from admitting, housecleaning, transport, and other groups who are part of the process. If the changes were to be effective, they needed to be part of the decision making and problem solving. Also, the physician and nurse participants needed to be the people who were doing the work, not the leaders who were removed from the day-to-day activities.

Three factors we discovered contributed to the dissatisfaction. First, the way that room cleaning was scheduled resulted in rooms that were empty but not available. This delayed assignment and transport to a room. Second, the transporters were not contacted until the room was ready, which resulted in delay while a transporter was assigned.

The third factor was not as obvious. A patient admitted at 3:30 in the afternoon and not transported to a room until 7:00 pm is going to be hungry. And so are the family members or others who are with them. There was no way to feed the patient until they were in the room, and there was no way even then to feed the families.

As a result of so many stakeholders participating, we solved problems that probably would not have been found by physician and nurse leaders. The result was a significant decrease in the time from admission to in a bed, and an equally significant increase in patient satisfaction.

Our SPM Manifesto provides a wonderful set of guidelines for reimagining the dynamics of healthcare. We can enhance that reimagining by ensuring that we include all stakeholders who can contribute to high quality patient care and patient outcomes. They do a lot of the work, so let’s make sure we ask them to participate in making sure we do it right.

Jay Spitulnik, PhD, is an organizational psychologist with more than 40 years of experience helping organizations improve their performance. Currently, he directs the MS in Health Informatics Program at Northeastern University in Boston.