Active Surveillance 101: A New Resource Driven by Patients and Crafted With Physicians 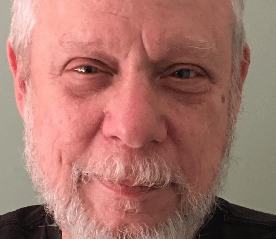 Active surveillance (AS) for low-risk to intermediate-risk prostate cancer has been “an overnight success” that took 30 years to move from academia to mainstream practices.

Since 2014, AS — close monitoring of low-risk prostate cancer with PSA blood testing, MRIs and biopsies — has exploded with boosts from a new generation of AS-friendly physicians. Patient advocates, such as myself, a 12-year vet of AS, have built essential bridges that can serve as a model for other patient-fueled research, support and education.

Specialized support groups have emerged since 2017 because men on AS were intimidated by general support groups, where distraught patients regularly complained about serious concerns such as erectile dysfunction, diapers, and brain fog. But some of us leaders in AS support realized that meetings were not attracting many newly diagnosed patients nor those in the limbo of PSA “gray zone” of 4-10.

The latter are the many newly diagnosed men and those with rising PSAs who have not been diagnosed can find it difficult to find support in the face of anxiety and sleepless nights.

That’s where the concept of Active Surveillance 101 came in.

AS patient advocates from AnCan, Active Surveillance Patients International (ASPI) and Canada’s Active Surveillance Nationwide Support Group met in late 2021 to discuss programming. We agreed there was a need for a basic video series for the unsupported men and their family caregivers. We called it AS 101, like a fundamental college course.

ASPI will be premiering our first AS 101 class at noon ET on September 24. Click this link to learn more and register. The need for information and support is huge for those affected by early-stage, localized prostate cancer.

This year, nearly 270,000 American men will be diagnosed with prostate cancer, up about 20,000 over 2021, according to the American Cancer Society. About one-third of them will have low-risk lesions (Gleason 6). Of this group, 60% go on AS.

It can take a leap of faith, and rock-solid education and support, for a man diagnosed with cancer–even a low-risk cancer–to have the confidence to opt for AS, not treating the cancer. Partners, family and doctors may not be supportive. This is true, even though experts like Dr. Laurence Klotz, of the University of Toronto, and a father of AS, say, “pure” Gleason 6 — or Gleason Grade Group 1) — will never spread or kill.

I knew many of the clinical leaders in urology, radiation oncology and pathology. Klotz and other doctors seem surprised and pleased that we patients run support meetings and educational sessions to help our compadres and their partners. We even have held debates on issues, such as whether transperineal or transrectal biopsies are better for patients.

My vision for AS 101 was a series of programs featuring real patients and their partners/spouses meeting in 20- to 30-minute segments with the top experts in the field, from primary care doctors and urologists to radiation oncologists, genetic counselors, and medical oncologists.

I felt that webinars were becoming too academic with overwhelming numbers of slides. I thought we could scale this down to the basics. Keep it simple–and factual–for those newbies and those in the gray zone. I banned PowerPoints.

I lined up Dr. Stephen Spann, a leading family physician, and  Klotz to appear on our initial programs: responding to rising Prostate-Specific Antigen (PSA) levels, the first urologist visit and the Gleason 6 diagnosis.

I recruited a couple, Nancy and Larry White, to be the partner-patient combination in the initial programs. Nancy has been a well-informed advocate for her husband Larry, a child psychiatrist, who has prostate cancer. They are a smart team, a model of self-advocacy.

The committee members and the Whites developed a list of questions that was transformed into a script, which we showed the doctors. The Whites and the doctors helped polish the list and reorder the questions to improve the flow and make it as real as possible.

We have three programs in the can and three more on the drawing board. We’re even talking about an AS 102 for patients with Gleason 3+4.

There is much to do to make Active Surveillance 101 the best possible resource, but we know already we’ve built something valuable. And we did it through collaborations that represent the best of participatory medicine.

Howard Wolinsky has been a medical journalist for more than 50 years, mainly for the Chicago Sun-Times, and he writes the “A Patient’s Journey” blog on his experience as a patient on Active Surveillance (AS) for low-risk prostate cancer. He was twice nominated for the Pulitzer Prize for exposes of financial and ethical scandals at the American Medical Association. He has helped start two education and support groups for patients on AS. He is the editor of The Active Surveillor Newsletter, co-founder of ASPI, an advisory board member of the organization AnCan, and a moderator of AnCan’s AS Prostate Cancer Group.