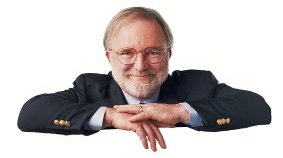 “Doc Tom” Ferguson (Wikipedia) envisioned health care as an equal partnership between e-patients and health professionals and systems that support them. It is his spirit and his work that led to the creation of this Society in 2009.

A 1978 graduate of Yale Medical School, he founded Medical Self-Care magazine, was the medical editor of the Millennium Whole Earth Catalog, wrote the visionary 1996 book Health Online: How To Find Health Information, Support Groups, And Self Help Communities In Cyberspace, and authored several papers in The BMJ, as early as 2000. 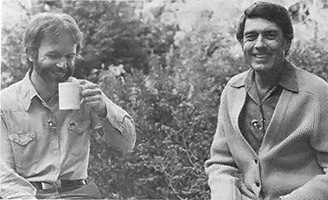 A very young Tom being interviewed for “60 Minutes” by a very young Dan Rather, 1979 (Mother Earth News)

A true visionary, less than a year after the Mozilla browser arrived he published the now-famous “triangle slides” that showed how “information age healthcare” would turn “industrial age medicine” on its head.

Before Tom’s untimely death in 2006 (see the obituaries in the NY Times and MedScape), he was writing his manifesto, now known as the e-Patient White Paper (English) (Spanish), in consultation with the group of advisers he dubbed the e-Patient Scholars Working Group. They finished the paper and published it a year later, and in 2009 formed our Society for Participatory Medicine.

You can join us, as an individual or corporate sponsor, in fulfilling Tom’s vision and furthering his work. 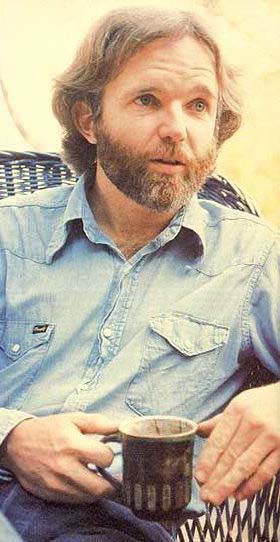 His consumer publications
(from Wikipedia)

Again, please join us, as an individual or corporate sponsor, in fulfilling Tom’s vision and furthering his work. He saw the future decades ago, and the time has come.