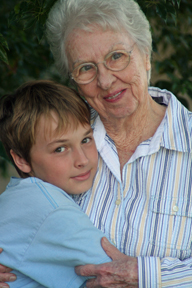 Three years ago our family was faced with a difficult decision. What is the best care for our mother? We toured all the possible local options, but when it came down to it, there was only one facility* willing to take my mother due to the advanced state of her Alzheimer’s disease. It would not have been my first choice. In fact, it would not have been my second or third choice. I found it to be a completely dreary and depressing place. Picture a Nursing Home from the 50s, not a modern day Elder Care Center.

Over the years I visited my mother infrequently.  She no longer recognized me, but labored to link my face with a name or a relationship, straining to pull the memory out into the light – tortured by the shadow of a memory.  Each time I went I spent as much time with her as I could tolerate, then raced to the front door, usually in tears torn with guilt over not doing a better job as a daughter.

Last week I had the deeply sad honor of spending my mother’s final days with her.  For most of that time she was unresponsive.  She no longer tried to place my face or remember my name. She was clearly ready to die and I did not want her to die alone. The problem was that in order to be with her I had to spend time in the place that had not been my first choice (or second or third).

During that week an amazing thing happened. Shift after shift, I met staff from every level – Nurses, CNAs, Social Workers, and Activities, Housekeeping, and Kitchen Staff – who knew and loved my mother the last three years. I was able to watch them as they cared for her, but not just her, I observed their tender care of other residents – all with advanced Alzheimer’s.

By the time the week was over the dreary surroundings melted away as person after person came in to say good bye and tell us stories of our mother’s last three years.  One CNA told me about playing my mother’s favorite music for her in the middle of the night.  Another told me about how she’d been able to make my mother smile by telling her that my long-deceased father was away at church.  Others reported my mother’s insistent “thank you, thank you, thank you” had brightened their days.

From my time there I realized, it’s not about the décor or the style of the facility; it’s about the people doing the caring. I’m grateful that my mother did not die alone, but now I know, she did not live her final years alone, either, and in the end that is far more important.

*Una Doyel Leonard was cared for at Alzheimer’s Living Center at Elim in Fresno, California.