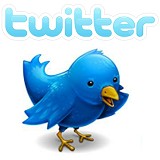 I’ve heard this sentiment more than once… “Doctors should participate more in social media. They should be Facebooking and Twittering and Tumblr-ing far more often than they do!”

Houston Neal makes the case again over at The Medical Blog, suggesting that because doctors aren’t engaging in social media as much as the ordinary person, they’re actually holding back the improvement of healthcare.

That’s quite a statement (and of course, one not backed up by any data, but it sure sounds good!).

So let’s look at his argument…

“Social media is about more than the relationships between individuals. It’s about the dissemination of information. Information that can improve health care and save lives.”

Sure, it might be nice to “follow” your doctor’s link-sharing on one of these services. But it’s a false dilemma argument to suggest that because your doctor isn’t doing this, it is somehow preventing empowered patients to go online and find the information themselves (which is what most of us do anyways). After all, doctors and psychologists don’t go to medical or graduate school to become glorified link curators, do they?

Neal suggests doctors would be a more reliable source of health information than the web as a whole. They could act as a “quality filter” by sharing more links that they find valuable through social media. But who’s vetting the doctors’ choices? Aren’t they also a part of that group of people — most of us — who don’t verify the reliability of the source of health information online? I couldn’t find a study that has actually looked at this question, so the answer for now is, “We don’t know.”

Neal goes on to make the argument that not only is it potentially beneficial (I use the word “potentially,” because, again, we have no actual data to demonstrate it is or isn’t), but it is an actual obligation of a doctor to do so. Obligation.

“To reduce the amount of flawed information online, doctors need to share reliable resources, address misleading claims, and most of all, help patients understand the issues accurately. Twitter, Tumblr, blogs and the like are perfect channels for this. In the case of the vaccine-autism link, we could mitigate the false information in search results if more doctors used social media to engage with their patients on the issues that concern them.”

I can see it now… “Sorry Ms. Harris, I’m going to have to make you wait in the exam room another 5 minutes while I Tweet about this link.” Because social media isn’t about a one-way information stream — it’s about engaging in an authentic, two-way dialogue with others. If doctors are to start engaging in social media en masse, they must do so in an authentic and very real way. Not just by sharing links, but by engaging in the discussion back and forth with others.

And here’s where the major problems come in. Because social media is so often linked to people’s real-world identity nowadays, it’s virtually impossible to protect a person’s identity if they are going to engage with you. Because patients don’t know what the rules, regulations and laws are about patient safety, confidentiality and privacy, guess who’s ultimately responsible — the doctor.

Neal addresses this primary issue in a paragraph right at the end of the article, suggesting the concerns are “overstated” (again, without evidence) and that they are readily addressed through even more regulations, guidelines and rules by the government or healthcare organizations (like hospitals… but would a hospital defend you in a lawsuit involving something violating patient confidentiality that you tweeted?).

Furthermore, how does that solve the problem of a patient over-sharing with their doctor through social media? Because once a tweet or comment is out there, you can’t really take it back. (Sure, you can delete it, but it’s already been cached and saved in one of the dozens of databases that save every Tweet made, as it’s made.)

So not only would he encourage doctors to engage more in social media, but to do so while trying to follow yet even more rules and guidelines, and be the one responsible even if it’s the patient who breaks confidentiality and privacy rules?

That and the fact that most doctors I know already feel over-worked most days. It’s not so much a payment issue as it is a time issue — doctors just don’t feel like they have a lot of free time. (Neal addresses the payment issue only in regards to individual patient encounters; he doesn’t address the whole “information sharing” aspect Neal was talking about earlier in the article, specifically mentioning the autism-vaccine example.) It’s about finding a balance between a work life, a home life, and a social life. Adding more things into the “work” category can’t be done easily without taking something else out of one of those categories — it’s that simple.

While many people can get away tweeting all day from their workplace, it’s not exactly conducive for a surgeon to do so from the operating room, or for a doctor to do so while working on notes. Social media encourages inattention — something you really don’t want to reinforce or reward a doctor to do. I want my doctor solidly focused on his work, my chart and my data — not my tweets.

Don’t get me wrong — I’m all for doctors tweeting and engaging more in social media. But I think it’s a weak argument to argue it is some sort of “obligation” of doctors to do so, or that it’s going to result in a massive public health difference in America. Social media brings a lot of potential benefits as well as pitfalls to the individual doctor-patient relationship, and these can’t be glossed over with the addition of some more rules or guidelines for doctors to follow.

A doctor’s involvement in social media must be a cautious and considered decision, weighing one’s own personal comfort level with different amounts of risk. Because for doctors and therapists, social media does bring more risk that it does for the average individual.

Read the full blog entry: Social Media Can Improve Healthcare, But Are Doctors Holding Us Back?