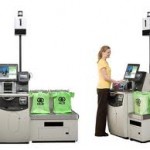 In a recent commentary on the American Public Media program Marketplace Money, Francis Frei discussed the failure of self check-out at supermarkets. Her insightful commentary is clearly based on both personal experience as well as her professional knowledge of operations management and customer behavior (she is a professor at Harvard Business School). The piece is excellent and I recommend listening to it whether you’re thinking in “e-pateint mode” or just interested in why those darned checkout lanes are so ineffective.

I think there are parallels between the failure of the self check-out lanes in grocery stores, and the failure of many patients to embrace engagement. After all, I hope readers of this blog realize that they are in the minority. The majority of patients are not e-patients and the majority of providers are not welcoming of e-patients. And, as a provider, I recognize that I can’t force my patients to become e- patients and to participate with me in assuring their best health. Why not? Perhaps we’re falling in to the same trap as the super markets.

The principle points raised in Dr. Frei’s commentary are that customers will only embrace self-service when it provides something they want and when the technology is intuitive. She described how the grocery store self-service lane failed to address these issues, foisting the work of checkers on the customer without adding value to the experience. As anyone who has used one can attest, the machines are not intuitive to use. Nobody wants to struggle to scan items and type in codes while other customers wait impatiently. Dr. Frei described a potentially more successful self-service technology. A new system is presently in testing where customers are issued hand-held scanners to use while shopping. In addition to registering the price and creating a tally, the scanner displays information about each product so that the customer can see it at the point when they are deciding to buy. This is a system that both saves time/money at the cash register and adds value that customers appreciate.

What is the lesson for providers and patients? As providers strive to empower patients through new health information technology, whether offering self-service or encouraging self-care, we frequently transfer work from our office to the patient. Patient portals allow one to make an appointment, request a medication refill or get a referral. Remote monitoring collects weight, blood pressure and other physiologic information. But, if the technology and processes are not designed to give people something that they want, it will not be effectively used. Right now, blood pressure and weight metrics are transferred to a doctor’s office, and the patient gets a call back from a health coach or nurse. Appointment requests go in to the black hole of the provider’s office and its status is not available. Self-service is thwarted, and self-care and patient engagement remain elusive.

I know what I think would constitute valuable self-service at my doctor’s office, but wonder what others think. What constitutes useful “self-service” at the doctors office? Are there value-added self-service functions that will enhance engagement and self-care?