The founders of SPM were saddened this weekend to learn of the death, in a private plane crash, of Richard Rockefeller, longtime friend of “Doc Tom” Ferguson. Rockefeller was credited in Ferguson’s white paper as “a White Paper Advisor.” – e-Patient Dave
________ 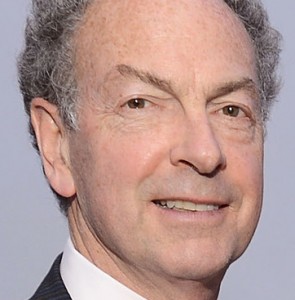 When the single-engine plane Richard Rockefeller was piloting crashed in rain and fog just after takeoff from New York’s Westchester County Airport, the headline was the death of the 65-year-old son of billionaire banker David Rockefeller. But if you read carefully through the small-print, paid obituaries in this past Sunday’s New York Times, you would have come across this description:

Richard was a pioneer in recognizing that the Internet could help doctors and patients share crucial data, with the ultimate goal of improving medical diagnoses and health care delivery – ideas that are routine today but were prescient when he created the Health Commons Institute in 1994.

I first met Richard in 1995, when researching patient empowerment as part of my book, Demanding Medical Excellence: Doctors and Accountability in the Information Age. Richard had been a photographer, then discovered a love of medicine. He became a family physician in Maine, not far from a Rockefeller family compound, but he was, of course, much more than a local doctor.

The Health Commons Institute took on the mission of improving medical care through computer-based information tools at a time when a minority of Americans had email and newspaper reporters were more likely to use computers than doctors. More importantly, Richard was a fervent advocate of doctors and patients sharing information at a time when the concept was still a curiosity. That sharing, he saw even then, was being accelerated by the enormous amount of information available online.

“The systemic barriers are lowering fast,” he said. “At this point, information is running downhill like water, and we’re removing all the dams.”

Nearly two decades later, some of those dams may have proven a bit more durable than expected, but Richard got the flow of history exactly right. I didn’t know of Richard’s friendship with Dr. Tom Ferguson and his connection to the founding “e-Patient Scholars” white paper until more recently. But a little Googling found this 1999 “achievement award” (from Tom’s newsletter) to Richard that praised the way the institute addressed “both human and scientific needs.” Tom continued:

Richard was one of the first medical professionals to realize (1) that the doctor-patient relationship is fast becoming the doctor-patient-computer relationship, and (2) that this is a good, not a bad thing, because (3) new computer systems can free physicians from the “tyranny of knowledge” and help them spend more time attending to the personal needs of their patients.

Tom wasn’t the only e-health pioneer Richard claimed as a friend. I met Richard through a founding board member, Dr. Vergil Slee, who had been advocating using computers to improve medical outcomes since the 1950s! Richard was a key supporter of Dr. Lawrence Weed, who’d been pushing physicians to use computers to help in diagnosis since the late 1960s, and of Dr. Albert Mulley Jr.’s work in informed decision making that began in the 1980s.

Richard participated in the 1998 Salzburg Seminar that led to a seminal 2001 article, “Healthcare in a Land Called PeoplePower: Nothing About Me Without Me.” In 2000, Richard asked me to help devise a new strategic plan for the institute. However, shortly after I finished, he was diagnosed with a form of leukemia [CML, chronic myelogenous leukemia (Wikipedia)]. By the time Richard stabilized, he had decided to concentrate on fewer of his many charitable responsibilities, which included environmental work and being a founding member of Doctors Without Borders USA.

In an online tribute, the journalist James Fallows, who had known Richard since their college days, described him as “personally unassuming, modest, and gracious; professionally accomplished and respected, as a local doctor in Maine and later a health-care strategist and analyst; and intellectually inventive and omni-curious.”

Because Richard was so easy to talk to, I gathered my courage at one point and confessed that while in the 1960s I’d been a “Rockefeller Republican,” I was now a Democrat. Richard smiled. “Me, too,” he said.