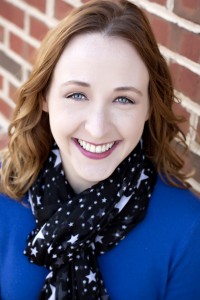 Society for Participatory Medicine member Carly Medosch and her mother Mary Jo have run the Crohn’s and Colitis Foundation of America’s Fredericksburg, VA support group for the past 6 years. Crohn’s disease and ulcerative colitis are two forms of imflamatory bowel disease (IBD) – conditions with chronic or recurring immune response and inflammation of the gastrointestinal tract. There is no cure for IBD.

After becoming an unofficial local welcome wagon for people newly diagnosed with IBD, the Medosches decided it was time to start an official local group. Although the first meeting was attended by just three people (including the two facilitators!), the roster now includes over 40 people, some of whom drive over an hour each way to attend. Carly believes in the immeasurable value of finding people who understand life with chronic illness. She is honored to help facilitate a group that provides a safe space for so many patients and caregivers.

Carly, 33, was diagnosed with Crohn’s disease at age 13 and has undergone several bowel surgeries, and experimental treatments. As a teenager she learned how to insert her own NG tube, and always wanted to show off this skill as an extra on the TV show “ER.” When that didn’t work out, Carly earned an undergraduate degree in graphic design and an MBA. Carly is passionate about helping people with chronic illness and improving healthcare at the system level. She spends her spare time as a patient advocate, participating in CCFA’s quality improvement conference as one of a handful of patients, presenting a study on chronic pain and invisible illness at Stanford’s Medicine X, and serving as a patient adviser to the PCORI-funded OPENText project. She is also active online and blogs occasionally about health at blog.chronicarly.com.

Money raised by CCFA funds patient education and support programs, and research for a cure. You can purchase tickets to the fundraising gala here.

You can find a local IBD support group here.