Home » General » No Rhyme or Reason

No Rhyme or Reason 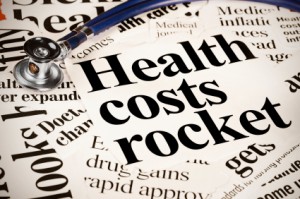 We have read and heard a lot about the disparities in the cost of care from one hospital or clinic to another. We have read and heard a lot of grumbling about the uneven availability of health care services in this country. Many of us have been outraged to learn that Pharma companies can charge whatever they want for drugs that they have developed  because our elected representatives passed legislation that provides Pharma with this discretionary power.

These same laws allow Pharma to provide a percentage of the direct cost of the medications to doctors. Although a mandate in the Affordable Care Act requires information on Pharma payments to physicians be made public via the CMS Open Payments online database, this is little consolation to thousands of patients who bear the brunt of this inequality in our payment system.

Because our system is so dysfunctional and our cost of care so elevated, there are daily instances of patients declaring bankruptcy because they cannot afford their prescription drug costs. There are also too many situations where patients are dying prematurely because they simply cannot afford to obtain the medications that could restore their health.

In America, the average health expenditure per individual patient is approximately $8,200 per year. That is at least one and a half times the amount per patient compared to other developed countries across the world. Among a broad range of hospital services (both medical and surgical), the average price in the United States is 85 percent higher than the average in many countries, including: Canada, the Netherlands, Japan and the relatively affluent European countries such as France, Sweden and the United Kingdom.

More outrageous is that our outcomes compared to these countries are far worse. The Commonwealth Fund in a report in 2014 entitled “Mirror, Mirror on the Wall” pointed out that the United States health care system is the most expensive in the world, but consistently ranks dead last. The Countries compared include, in order of ranking:United Kingdom, Switzerland, Sweden, Australia. Germany & Netherlands (tied), New Zealand & Norway (tied) France  Canada, United States last. This assessment included prior surveys and national health system scorecards as well as data from the World Health Organization (WHO) and the Organization for Economic Cooperation and Development (OECD). The report was based on rankings from key indicators including:

1. Quality: including effective care, safe care, coordinated care, and patient-centered care…
2. Access: The most notable way the U.S. differs from other industrialized countries is the absence of universal health insurance coverage. Other nations ensure the accessibility of care through universal health systems and through better ties between patients and the physician practices that serve as their medical homes.
3. Efficiency: The U.S. has poor performance on measures of national health expenditures and administrative costs as well as on measures of administrative hassles, avoidable emergency room use, and duplicative medical testing.
4. Equity: The U.S. ranks a clear last on measures of equity. Americans with below-average incomes were much more likely than their counterparts in other countries to report not visiting a physician when sick; not getting a recommended test, treatment, or follow-up care; or not filling a prescription or skipping doses when needed because of costs.
5. Healthy lives: The U.S. ranks last overall on all three indicators of healthy lives — mortality amenable to medical care, infant mortality, and healthy life expectancy at age.

In 2012 The Institute of Medicine issued another of their sentinel reports: Best Care at Lower Cost, consisting of several key recommendations including recommendations on our infrastructure, our ability to deliver patient-centered, evidenced-based clinical care, our paying closer attention to population health, payment structures that reward best care as the lowest possible cost, equity on cost and outcomes of care, and a culture of care that supports and encourages  best practices and continuous improvement. There is not very much in our current health care system that meets any of these goals.

One bizarre example in our system of policies that have “No Rhyme or Reason” is the way in which durable medical equipment, (DME), is handled. DME includes such devices as: iron lungs, respirators, intermittent positive pressure breathing machines, medical regulators, oxygen tents, crutches, canes, trapeze bars, walkers, inhalators, nebulizers, commodes, suction machines, and traction equipment purchased by a payer and kept in the patient’s home.

Although payers usually cover the cost of DME hardware, they often refuse coverage of the medication required to make the device functional. I recently ran into this problem when I developed severe bronchial asthma, pulled out my nebulizer that Medicare had paid for, was refused coverage on the medication I needed. Although my physician wrote the necessary prescription, the pharmacy informed me that I needed prior approval from my payer. After several hours, I learned from the pharmacist that the cost of the medication out of pocket was $20 which I quickly paid. Not all medications are that inexpensive, nor can all patients afford to make the payment. If you cannot get the medication to operate the device, it is useless.

My niece, who has Type I diabetes, had a similar experience with even more serious consequences. The payer of her health insurance agreed to pay $8,000 for a new pump, sensor and specific glucometer that work together to regulate her insulin. However they have consistently refused to pay for the specific test strips that work with the glucometer and are needed to check her sugars and determine how much insulin to direct the pump to give her. Test strips are not a simple $20 bill. Over time they cost hundreds of dollars and have to be used several times a day.

To add to the inequity, customized durable medical equipment and medications are paid at rates that are determined item by item, by the regional carrier, based on competitive bidding. Thus, the pricing of such devices differ by region or location with no standards for how the prices are determined This type of the disparity also carries over to the pricing of procedures and treatments such as MRIs, colonoscopies, etc. from one medical clinic to another, even within the same geography.

Although no one wants to see the US move to a national health system, (which most developed nations in the world have established), we need to figure out a way to monitor pharma and payers so that price gouging patients, payments to doctors and the disconnect about what is covered and what is not covered becomes more transparent and logical and equitable. We cannot continue on this path. It is undemocratic, unfair, and unethical and makes a sham of our national obligation to help all patients receive basic health services.

The only way equity in healthcare will be realized in our democratic society is to legislate for a quasi-public authority that has oversight of healthcare payment on a Federal level, and works with each state to institute uniformity in the cost of care. With an infrastructure that can oversee what is going on we might begin to realize lower costs, higher quality and greater transparency.