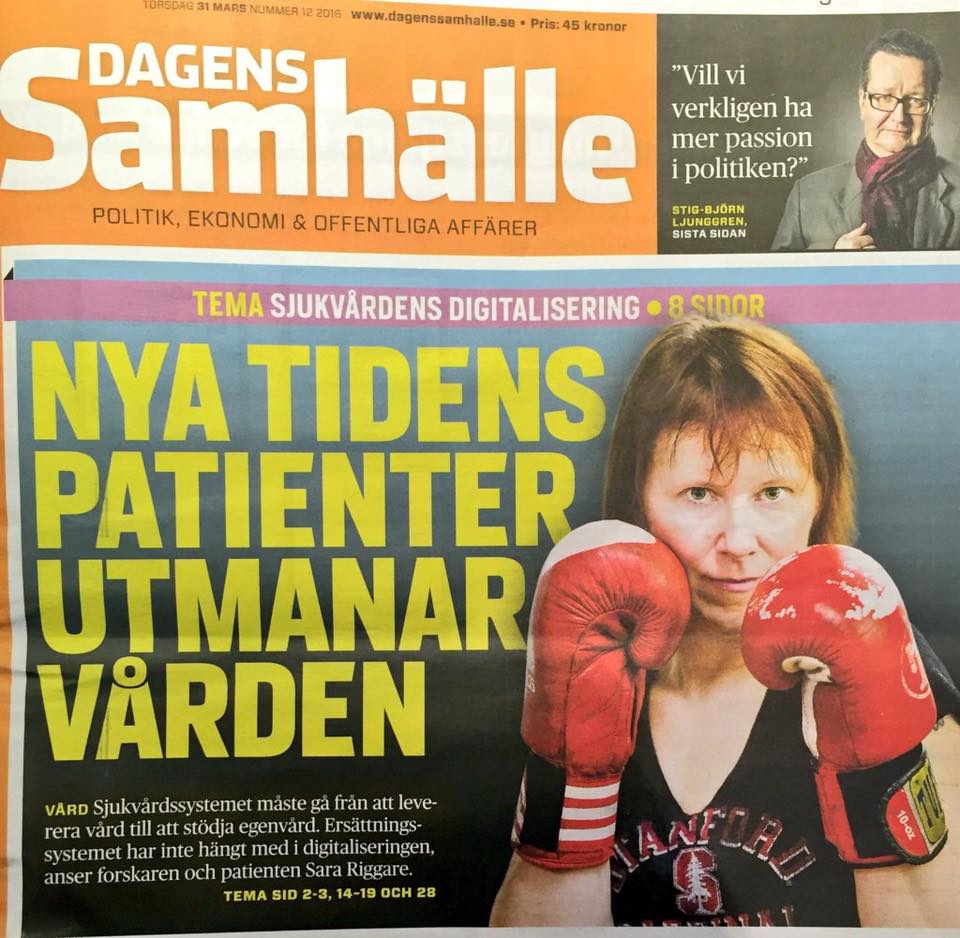 SPM member Sara Riggare is a PhD student at Karolinska Institutet in Stockholm and a member of the BMJ’s Patient Advisory Panel. She has Parkinson Disease, and is highly proactive in dealing with it. One thing some Parkinson patients do is non-contact boxing, e.g. the Rock Steady program, and Sara has often posted pictures and videos on Facebook of herself doing it.

Well, appearances can be manipulated :-). Last week she was on the front page of, she says, “a special issue on healthcare digitalization published by a Swedish weekly newspaper called Today’s society. The headline says ‘The new kind of patients challenge healthcare.'”

The text inside (according to Google Translate, anyway) says:

“Medical care is the last Soviet state. Active patients are a disturbance in the system,” says researcher and patient Sara Riggare, who does research on how patients in a systematic manner can become more knowledgeable, more independent and less reliant on care.

Her Twitter profile says “Selfcare expert fighting #Parkinson. #QuantifiedSelf #epatient.” One of the best things she’s ever posted on her blog is this graphic, showing the reality of self-care: 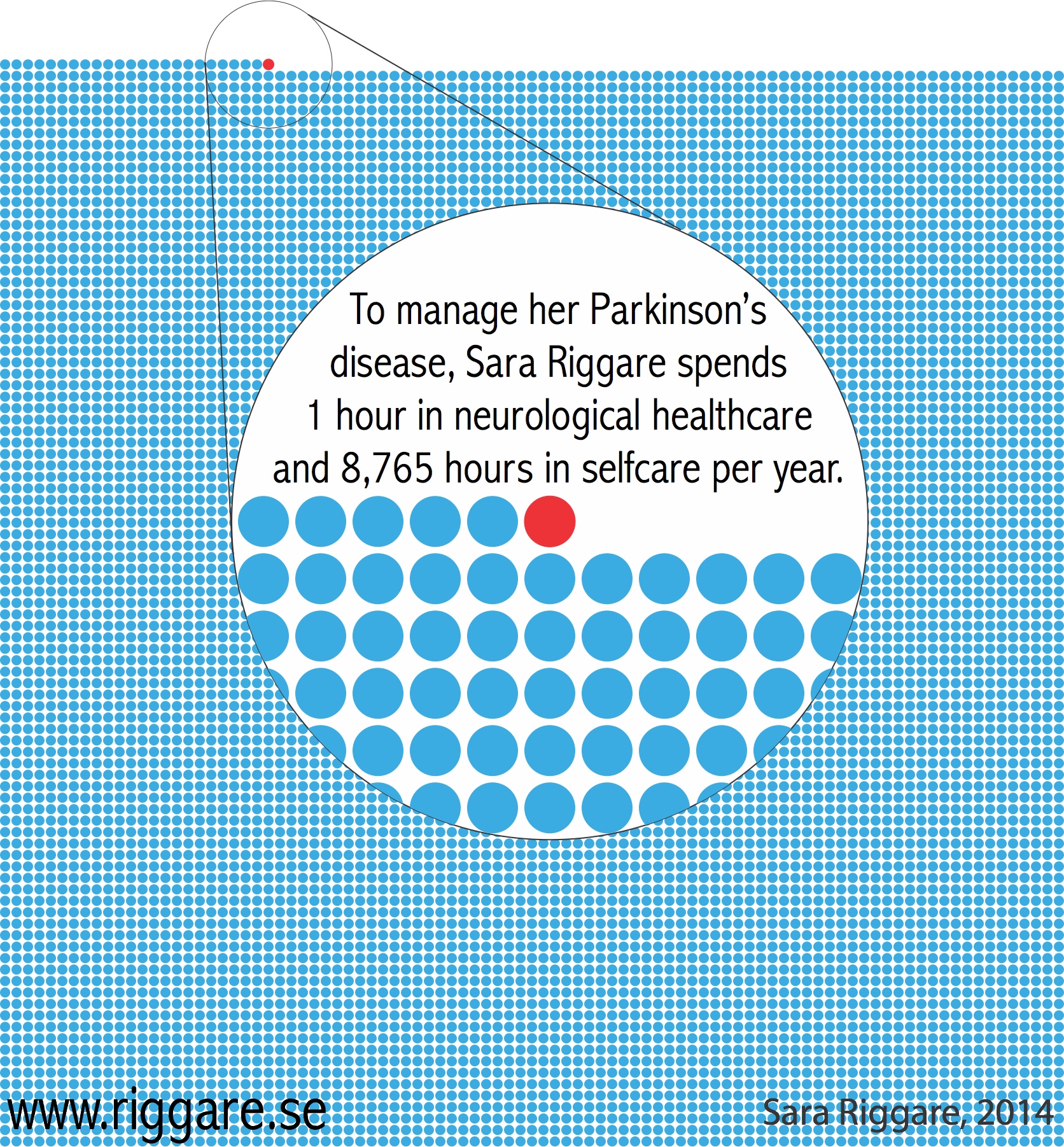 “I see my neurologist twice a year, about half an hour every time. That’s one hour per year in healthcare for my Parkinson’s disease. During the same year I spend 8,765 hours in selfcare, applying my knowledge and experience together with what I get from my neurologist to manage a difficult condition as best I can. Only during the one hour per year (the red circle in the image to the left) am I in direct contact with neurological specialty care and its clinical practise and guidelines.

“And it’s also during this one hour that my condition is evaluated by my neurologist and my treatment is prescribed. But it’s during the 8,765 hours of selfcare (the blue circles in the image, and yes, there are 8,765 blue circles, I am that nerdy :-)) that I put my treatment into action. I take 6 prescription drugs, 6 times a day, in 5 different combinations, with 6 different time intervals. Because let’s face it, my doctor doesn’t even know if I take my medications or not.”