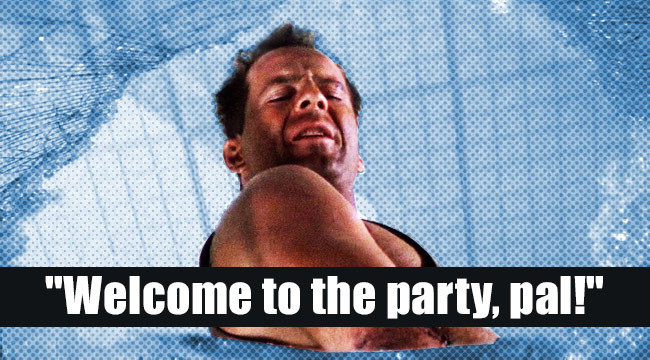 In a piece entitled, “Why Doctors Need to be on Twitter,” Jack Turban, MD and Jessica Gold, MD seem to have transported back in time to a world where e-patients don’t exist. The piece argues that because Twitter is such a cesspool of misinformation and outright lies, more doctors need to get on the social network to help combat these ills.

I think their hearts and intentions are in the right place. But they seem to inadvertently be suggesting that, without more doctors helping out, these ills can never be effectively answered. That’s just plain wrong.

Twitter is a social media network that got its start in 2006, meaning that in 2020 it will be celebrating its 14th anniversary. Both Turban and Gold only joined Twitter 10 years after its founding, in 2016. (FWIW, I’ve been on Twitter for over 11 years). Twitter is full of short conversations between people. You can have those conversations with anyone on Twitter, but most people stick to those they’ve chosen to share the space with (their “followers” and people they follow). Twitter is an analog to the world at large — full of complexity; amazing, smart people; thick-headed people; people you genuinely enjoy engaging with; automated systems; brands; celebrities; and those on a mission.

Like a party, Twitter involves a social gathering of invited guests. Those guests are accounts you choose to follow, and those who choose to follow you back. Like all social media, the experience you have on it is completely dependent upon you and the choices you make.

For instance, you could spend all day following trollbots — automated accounts that are run by rudimentary AI software that tweet back to you argumentative and insulting things. But what would be the point? You’re arguing with something that’s automated and that very few people follow or care about.

Like any good party, you can choose not to talk to people who are rude or annoying on social media. And if you want to engage with such folks and expend some of your energy doing so, that’s a choice you make. Most of the times, it’s not one I would make because my life is too short to engage with close-minded people. Besides, nowadays it appears most social media engagements rarely change anyone’s mind.

Others Have Been Helping on Twitter for Over a Decade

The bigger problem with the article is the suggestion that only those in authority — physicians, psychiatrists, pediatricians, and reproductive health experts — can really take on all the misinformation out there. They apparently have never come across e-patients nor do they seem to understand that we’ve been doing this for more than three decades online, no matter the specific medium.

I want to give them the benefit of the doubt and believe they weren’t suggesting that e-patients couldn’t help. Or that they haven’t been actually doing this heavy lifting on Twitter for quite some time. But it’s hard to do so when they write things like this:

But it’s not enough. We’re drastically outnumbered. While there are doctors on Twitter, and that number has been growing, there are thousands of people spreading medical misinformation.

“Drastically outnumbered”? Is this a war they’re fighting? Or this:

And for physicians reading this: Get in the ring. Not only should you be on Twitter, but it is part of your professional responsibility. You don’t need to post a picture of yourself drinking, but you do need to provide accurate information to save lives. The health of thousands depends on it.

What they don’t mention is that thousands of individuals who have no special qualifications other than as empowered and educated patients have already been helping to try and slow down the spread of misinformation online and on Twitter for a long time. You actually do not need to be a scientist or physician to cite science. You actually do not need a doctorate in order to understand and combat misinformation.

Patients know this. That’s why they’ve been sharing information and research in online support groups since the 1980s, in Usenet forums and mailing lists since the 1990s, and now on social media since the 2000s. The medium has changed over the years, but the power and resiliency of individuals with no specialized training or knowledge has not changed. E-patients have been on the front lines — to repeat the war metaphor — for decades.

Physicians can absolutely help with this effort. But it’s not really why most people become doctors. Many are ill-equipped to understand the complexities of an old social media network like Twitter, much less engage effectively with it. Because like anything else in life, to become a social media expert, you need to spend a lot of time learning the ropes. I’d much rather my doctor be spending that time keeping on the latest research findings (or contributing to such findings) than engaging in a Twitter fight.

Patients make great teachers. If a physician needs a hand with getting up-to-speed on Twitter or other social media, chances are an e-patient can help with that.

There was a time online where all you needed was good, solid information to help combat misinformation. I believe that time has passed due to the filter bubbles that most of us live in. My recent piece on Medium explores why: Why more information can’t combat fake information.

Twitter is a great big party, a social gathering of anyone you want to interact with. But it also offers a host of tools to end interactions with those who aren’t contributing much to your understanding or life. Choose your followers and your conversations carefully, and you can make a bigger difference using such focus to your benefit. It make your Twitter experience far more interesting and engaging, just like a good party.

As John McClane once said, “Welcome to the party pal.”