How Empathy, Education, Communication and the PAST Model transformed Sickle Cell Patient Care 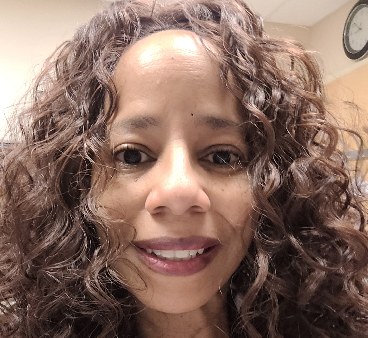 In 2004, as a staff nurse at Baptist Medical Center South in Montgomery, Alabama, I cared for a group of pediatric and adult African-American Sickle Cell patients who would come to my medical-oncology unit for treatment. They would stay a few days, get fluids, and get Phenergan around the clock for nausea, and narcotics for pain. Most were in excruciating pain and would have low blood counts. Eventually they would leave the unit, then come back a few weeks or months later. Sometimes, they would be back within days.

I always felt like I was putting a Band-Aid on their care and not really doing anything tangible for them. Five years later, I developed a questionnaire for Sickle Cell patients in hopes of improving their pain management.

“Care Advisor,” a hospital readmission reductions program, had two nurses for their congestive heart failure program and were looking for a nurse to coordinate a program for Sickle Cell patients. Not having a focused Sickle Cell program coordinator led to a high hospital readmission rate, increased length of stay, fragmentation of medical and social services, suboptimal pain management, noncompliance by patients, emergency department misuse, inadequate follow-up with primary care and poor transition from pediatric to adult care. Because I had developed the pain questionnaire, administration asked me to be the Sickle Cell Coordinator for Care Advisor.

Initially, administration wanted me to case manage the patients by telephone. I refused because I knew that case managing this population by telephone not only would be unsuccessful, but wouldn’t do justice to this population. I mapped out a Sickle Cell Disease Treatment/Case management model on paper that I thought would work. It is known as the PAST Model, or Proactive and Aggressive Sickle Cell Disease Treatment Model. The model is evidence-based. I told administration that I needed to closely follow up with patients, case manage them and round on them in the Emergency Department, intensive care units and other inpatient units. I also needed to review the patient inpatient orders and make suggestions on the orders. A year after the implementation of the PAST Model, readmissions had dropped dramatically and hospital length of stay improved.

The details of the PAST Model and Sickle Cell program were submitted to the United States Congress in the Congressional Record in August 2010 through the Sickle Cell Disease Treatment Demonstration Program. I have implemented the principles of the PAST model at Vanderbilt University Medical Center and John Hopkins University Sickle Cell Center for Adults and Johns Hopkins Hospital. It has truly been an honor taking care of this fine population.

For my work at Vanderbilt University Medical Center, I received The Martin Luther King Jr. Award, which is given to a VUMC faculty or staff member who emulates Dr. King’s principles through his or her work.

Brenda Merriweather, MSN RN, graduated from the University Of Alabama at Birmingham in 2007 with a Masters in Nursing-Clinical Nurse Specialist, Acute Adults Program. Today she is Research Nurse Specialist with the Sickle Cell Branch at The National Heart, Lung and Blood Institute at the National Institutes Of Health.