Tell Me Your Story: How Narrative Medicine Fosters Trust 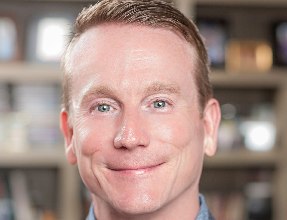 Curled up on her hospital gurney but unable to sleep, the middle-aged Latinx female trauma patient sighed, “I am tired of being tired.” Before daybreak, “Rosa” (not her real name) had arrived at work to open her New York restaurant but was interrupted by an intruder who attempted to rob and assault her. She fought off her attacker and was brought to the ED by ambulance. By the time I arrived, she had been there for several hours and had endured multiple rounds of questioning, medical tests, photographs, insurance inquiries, and police interviews. No wonder she was tired.

After explaining my role as a trained (Mount Sinai Sexual Assault and Violence Intervention) advocate, I assured her I was there for her, and asked what I could do to help. What did she need? She shrugged her shoulders. I allowed several minutes of silence to buffer the space before asking Rosa what helps her to relax. “Música,” she said. “Guitarra.” I confessed that although I was a bad singer, I had another idea: on my phone I found a guitar-lullaby playlist. Three songs later, Rosa dozed off. I dimmed the lights and stepped into the hall.

In my role as a narrative health activist based in New York City, I interact with a variety of diverse individuals, groups, and institutions to help make the invisible visible, the silent heard, and the unknown known. Whether I’m teaching pedagogy in a virtual college classroom, advocating for a trauma survivor in the ED of a hospital, conducting health literacy training onsite at an agency or facilitating a Zoom discussion for physicians across several time zones, I consistently rely on creative and compassionate storytelling/gathering to foster relationships with patients, staff, colleagues and administrators. This story-based approach to listening is central to Narrative Medicine, a transdisciplinary field of healthcare at the intersection of humanities, the arts, clinical practice, and healthcare justice with conceptual foundations in narratology, phenomenology, and liberatory social theory.

This approach to co-creating narratives is an innovative practice founded in 2001 by a team led by Dr. Rita Charon at Columbia University. I’ve been studying Narrative Medicine since 2015 and teaching/facilitating workshops since 2018. I continue to discover new applications for its seemingly simple premise: each of us has a core need to be seen, heard, validated and trusted. And that need is manifested through stories.

Drawing on the arts and literature, narrative medicine–both the mindset and methodology–is but one piece of the larger medical humanities puzzle. Narrative medicine recognizes that at some point in our lifetimes, all of us are or will be either receivers of care, providers of care, or both. Even when we feel isolated, we are not truly alone; rather, we exist in a relational ethical space. Medical sociologist Dr. Arthur Frank describes how “Narrative ethics takes place in telling and listening. There is no such thing as a self-story if that term is taken literally; only self-other-stories. The stories we call ‘ours’ are already bits and pieces we have gathered from others’ stories, and we exist no less in their ‘self’-stories.”

When our patients tell us their stories, are we truly, deeply, radically listening? Dr. Charon tells us that “patients speak to us in poems,” and Rosa’s six-word story – “I am tired of being tired” – conveys a nuanced need that transcends any chart, diagnosis or x-ray. It also exposes a caregiver opportunity gap between assumption and compassion, between hubris and humility. Both precise and expansive, Rosa’s story-poem represents a catalyst for participatory medicine where we can commit to creating “the new world of engaged, empowered patients who network with each other and partner actively with their healthcare professionals–shifting ‘from being mere passengers to responsible drivers of their health.’

Let us be transported, passengers and drivers alike, to this excerpt from the poem “The Ship Pounding” by Donald Hall:

Each morning I made my way

and nurses’ pods to Jane’s room

to interrogate the grave helpers

who tended her through the night

while the ship’s massive engines

Week after week, I sat by her bed

with black coffee and the Globe.

The passengers on this voyage

or dangled devices that dripped

chemicals into their wrists.

I believed that the ship

traveled to a harbor

of breakfast, work, and love.

Every patient has a story, and every story matters.

Derek McCracken is a narrative health activist based in New York City, where he teaches pedagogy and chairs the Social Justice in Narrative Medicine Initiative at Columbia University. He serves on the Intellus Worldwide Clear Health Communication Task Force and is a board member of Say-Ah!, a non-profit that works with health professionals, community service providers, teachers, consumers, organizations and communities to improve health literacy. Connect with him on LinkedIn.

Not a member of the Society?  Please consider joining here: https://participatorymedicine.org/memberships/.