Building Us Up, Not Tearing Us Down 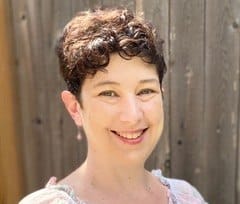 “Lack of effort and persistence”

Those words cut like a knife, leaving a deeper wound than any facet of illness my daughter has faced. A provider used those words to describe my 19-year-old daughter Sara, who has lived her entire life with chronic complex medical issues. Like a deer caught in headlights, I could see these words had her stunned and voiceless. As I sat on the sidelines for what should have been a positive transition into the world of adult medicine, I was flooded with emotions; shock, disbelief, anger and upset. The mama bear in me wanted to attack, but fortunately the more rational side of me knew I needed to remain calm, and advocate for her in a constructive way.

The transition into adult medicine can be nerve wracking for young adults with complex issues, as they may have become very comfortable with their pediatric specialists and built a strong relationship, and sense of trust. Leaving the comfort of a provider who understands your complexities, and having to explain yourself to someone new can be a daunting task. Nevertheless, Sara persevered and made the plunge into adult medicine, with her mother by her side. From the start it was clear that this provider lacked the skills to support a smooth transition, and was not well versed in patient-centered care or participatory medicine. He tried to insist that patients in adult care come into the appointment alone, and their families can join later. Sara, who has been working on her self-advocacy skills, was able to voice that she wanted her mother there, so he obliged.

You may think at this point, “Well, he was OK with it, isn’t that patient-centered?” While he respected her preference, it should have been her choice from the start, especially given that the referral which preceded the visit indicated a complex transition from pediatrics. Not only should this new provider have created a welcoming atmosphere, he should have gladly received caregivers as partners, peers and collaborators.

Once settled into the room, the rapid fire of questions began, with little time for Sara to think or respond, and no room for her own questions. She would later tell me that she felt as though she were on trial, rather than attending a medical appointment. The neurological exam was seemingly straightforward, and then things went south. The provider looked Sara in the eye and said he didn’t believe her clinical diagnoses, and that her exam was “variable,” due to her “lack of effort and persistence;” she just needed to try harder. I politely stopped him before his words did any more damage than I knew they already had. I let him know that variable was actually the exact way Sara’s other specialist, and physical therapist of 17 years, described her fluctuation in strength. Her muscles tire with repetition, and her endurance wears over time, but that this was certainly not due to any lack of effort on her part. Despite this information, he persisted: “We’ve seen this before in other patients.” I expressed that Sara was an individual and should be seen as such, and not lumped into a group of patients of which he labeled as effortless. By the end of our discussion, Sara was in tears. Exhausted and feeling defeated, she was now completely disenchanted with adult medicine.

As a caregiver of a child who has faced numerous medical challenges in her young life, it was disheartening to hear this provider discount every aspect of her being. This visit could have gone much so much better if the provider had allowed her to participate in her care, and listened without judgment. Patients are the experts of their bodies, and providers should collaborate with them, as well as their caregivers, as full partners. Patients and families need to be allowed to play an active role in care, from asking questions, to participating in shared decision making. Providers need to take the time to get to know patients, and build trust. For patients living with invisible illnesses, society can already be a harsh place where an often predetermined image is placed upon them.

While this visit was upsetting, it was also a good teaching moment for this provider. Hopefully he learned from our experience, and will be more open minded and patient centered in the future. Patients don’t need to be challenged by the people who are supposed to be caring for them. They rely on providers’ medical expertise, and as such they should be built up and encouraged, not torn down.

Alexis Snyder is a Patient and Stakeholder Engagement Specialist. As a parent of a young adult with complex medical needs and rare disease, Snyder has a unique perspective on healthcare delivery and the systems of care available to patients with medical complexity. She lends her talents to national projects and organizations such as The Patient Centered Outcomes Research Institute (PCORI), The Center for Community Health Education and Research Services (CCHERS), CMS, National Quality Forum, and the Health Information and Technology Advisory Committee of the Office of the National Coordinator. She is Co-Author and Co-Editor of, The Patient and Health Care System: Perspecitves on HIgh Quality Care (Springer 2020).  Additionally, she and her daughter work to spread awareness and understanding for invisible disabilities. Her blog series, Invisible Disabilities, has received global recognition.