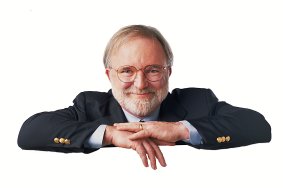 I never knew “Doc Tom” Ferguson; he died three years ago this week, April 14, 2006. That was nine months before my diagnosis and 21 months before I discovered the movement that he founded.

That team, with later additions, is here.

Tom, I think of you often. Somehow I think you’re not the type to be resting in peace – but I’m certain you’re empowered to be doing what you want!