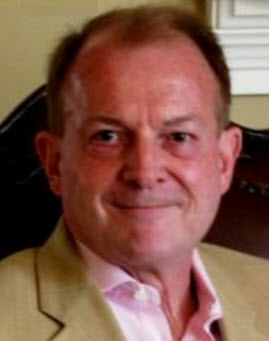 Paul Roemer (LinkedIn, Twitter ) is speaking this Thursday at Health 2.0 in Bethesda. He’s a Twitter friend who has a lot in common with me: a cancer kicker with a business background, who now sees himself as an e-patient.

There’s one big difference: he went through his first major medical experience years before I touched CompuServe. He was empowered, engaged, proactive in his choice of physicians, self-activated from head to toe, and he did it with no template (e.g. “be an e-patient”) or online resources. You might say he was “e, with nothin’ but attitude and a phone book.”


As you read Paul’s story, think how different life is today – and how much of his attitude still applies today. For better or worse, Paul is a take-charge guy who was not going to let anyone else define what “health” or “healthcare” means: he was fully empowered and responsible for his decisions.

I learned I had testicular cancer way back in the dark ages of medicine—1985. I learned about it while on a consulting engagement in Amarillo, Texas. The entire project team was at a colleague’s apartment having dinner. The local news channel was running a short piece on how to detect the cancer. Someone suggested the television be turned off, stating the piece was inappropriate for a dinner party.

I knew the moment I heard the first part of the piece I had cancer. I walked out of her apartment to my sparsely furnished apartment—decorated in what appeared to be Early Conquistador including black plastic beaded and amber pressed glass lamps and sconces. Inside the single drawer of the rented press-board night stand was a well-worn thin copy of the Yellow Pages—when was the last time you actually needed to use the Yellow Pages? My immediate goal was to do what I had to do to remove the word cancer from any conversation having to do with me.

I scanned the ads and started calling any doctor whose ad listed cancer. I don’t remember how many calls I made, but I finally found a doctor at his home. The call was brief and to the point. I told him I had testicular cancer, described my reasoning, and listened to him tell me I was probably right. We met at his office the next morning and then called my parents. It was the first time I had ever used the word testicle in a sentence—how sheltered is that?

Within a few days I was scheduled at M.D. Anderson, Hopkins, and the Dallas Medical Center, where I was living. I didn’t want to go to Hopkins for treatment because I felt that had I stayed in Baltimore, my home town, my parents would treat me as though I was sick. I didn’t feel sick, and was not in the mood to act sick.

To take some of the pressure off, I arranged for the surgery such that my parents could not arrive until I was coming around. Along with my parents, both of the girls I was dating were sitting at my bedside when I awoke—so, at least I had that going for me.

At the time, there was no internet, no WebMD, no place to get up to speed on my illness, its treatment, or what to expect. I was on my own.

From what I remember I had three of the possible types of cancer. It had also spread to my right lung. I do remember that watching the monitor as they inserted the needle in my chest to biopsy the lump. Then it was my turn to play oncologist. Having not attended medical school I had to rely on my wits to understand my options.

The argument presented to me was as the cancer had spread from my testicle to my lung, it probably had made several stops along the way. The oncologist strongly suggested a radical lymph node dissection as the next course of action. My Speedo days would be over before Speedos were even invented.

I did not like having to figure out my survival on my own, but I was going to take responsibility for as much of me as I could. A friend of mine from church put me in touch with a survivor. It was huge just being able to speak with someone who was a walking testimony that the treatment could work.

Everything I learned was word-of-mouth, hand-me-down information. Lots of rules—stay out of the sun; do not cut my finger nails, “pee in the ‘hat’ so we can make sure your kidneys have not shut down.” My nurses were not familiar with having someone come in with their own rules. I taped a sign to my door, “Do not wake me at 6 AM to give me a menu, I will not be ordering.” I had friends bring in food for me, figuring that if I was going to throw up I would at least take control of what I would vomit.

I bought a wig—I was the only one who didn’t think it looked like a wig. Despite orders to the contrary, I laid in the sun every day I felt good enough to walk to the pool.

Treatment. Three rounds of five days of in-patient with three types of chemo drugs, including Cys-platinum—guaranteed to ruin the week you are in treatment and most of the week after treatment. That drug, as good as it was at killing the cancer, had the gift of continuing to remind me it was in my system for days after being released.

Side-effects. Nobody said much about them until they snuck up on me. Overdosed on Reglan at an Amy Grant concert—lost control of all of my facial muscles. My tongue swelled to the point of making it difficult to breathe and I couldn’t keep my head erect. Fortunately, an IV of Benadryl fixed everything in minutes.

An injection in my sciatic nerve left me in pain for months. During one stay at the hospital, an infiltration of one of the drugs was so painful it almost made me forget how nauseating the chemo was.

After the second round of chemo I flew home to spend a week with my parents. My hair started to fall out during the flight. The next morning in the shower all of my hair came out. I remember my father telling me not to be upset. I told him that although we were now both bald, he lost his over several years and had had more time to adjust than I.

Halfway through the final round I unhooked my IV. It wasn’t logical, but I wanted to regain control of my life; no more nausea, no more tubes and told my nurses and girlfriend that I was going to Colorado. I never made it past the door of my room: my girlfriend grabbed the first nurse she saw and they talked some sense into me. And when it finally was time to check out, I had my girlfriend bring champagne and we drank it there in the room. Not what they were accustomed to seeing a patient do – but this was healthcare on my terms.

My last memory of the cancer was a couple of weeks after my final treatment. The CAT scan was clear and I was driving around the country visiting friends, having a new lease on life. At the house of one friend in Carolina I dove into the pool to cool down. The water felt good. I swam free-style, my wig passed me—I think it was doing the breast stroke.

It took years before I was able to walk back into a hospital without the medicinal smell bringing it all back. Things have changed for the better for patients in the last two decades. You can get information from survivors, information about the disease and its treatment options, learn about your doctor, the hospital, and what to expect. Additional information won’t make the chemo any better; it will make you think of the treatment as people doing things with you instead of to you.

The one thing I never overlooked was that the surgery and treatment worked.

I encourage you to take charge of whatever portion of your healing you can.

Paul Roemer has built several highly successful consulting organizations and has founded and managed three independent consulting firms since 1996. He is an executive who leverages leadership expertise in P&L management, international business development, process reengineering, customer relationships and strategy design/execution to drive dynamic gains in revenue, profit and performance for the enterprise in startup and mature environments.