Moving the mountain: Producing evidence and results on methods for better care

I ran across a graphic today that warmed my heart: 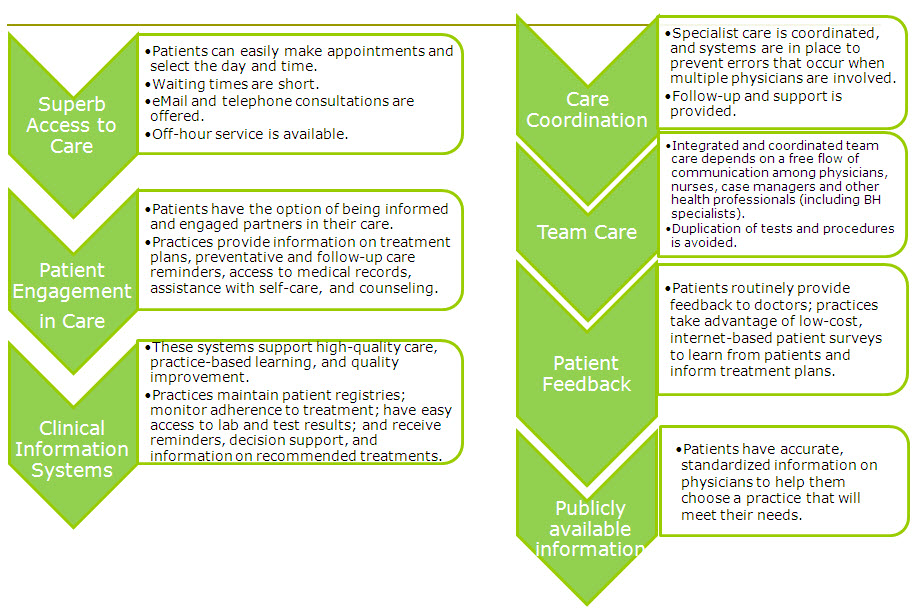 Recognize that agenda? (Click to enlarge if you want more clarity.) Sure is a lot of what we’ve discussed.

Pie in the sky, tough hill to climb, nice idea but not feasible, right? Wrong. Thursday I’m at a quarterly meeting a group that’s already making this happen. They’ve got demonstration projects, measurable results, tests of different payment models, the whole nine yards. They’ve been working on it for five years, and I don’t understand why none of the better-health-minded people I talk to have ever heard of the group.

It’s the Patient Centered Primary Care Collaborative, PCPCC. They have great news, and we should all learn what they’ve been learning, so we can work on the next great leap forward.

I also attended their April meeting in Washington. (I’ve been an informal “patient advisor” to them for two years.) Here are the slides Executive Director Edwina Rogers presented then. Look at all the work they’ve been doing and the results they’ve produced.

Look at all the activity! Look at the many endorsements! Other presentations that day reported on the many subgroups’ activities and results.

PCPCC has appeared a few times in these pages, most memorably in November 2008, when their chairman showed his stripes. Our short post:

Paul Grundy MD, of IBM, chair of PCPCC, is interviewed in the current Crain’s Benefits Outlook, a business publication about employee benefit programs. This quote alone is worth the price of admission:

I can buy a damn good amputation for my diabetic, but what I can’t get is a good system in place to prevent my diabetic from needing the amputation. We don’t reward a system in which comprehensive coordinated care and robust prevention is valued.

Amen. What are we thinking, insurers, when we fund treatments instead of preventing them??

Why has IBM led this? As I posted on my own blog in May 2008, employers (especially big ones like IBM) pay the lion’s share of insurance costs; IBM spends $2 billion a year on healthcare worldwide. They also have data (lots of data; this is IBM) about what works around the world.

Kudos to the people who’ve been doing this work. Please spread the word to everyone you know who’s involved in improving healthcare – everyone should know these facts!

Update: just as this “went to press” an email arrived with speakers and slides from the next meeting, July 22.