The Unwilling E-Patient: Learning to use my mother-of-a-patient voice 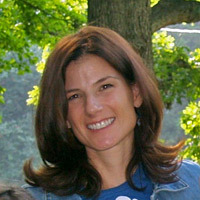 One of the essential enablers of participatory medicine is that the internet brings patients together with information and with each other. Sometimes those connections seem improbable, such as when an acute cancer patient finds much in common with patients who have a chronic condition such as rheumatoid arthritis.

Kelly Young, “Rheumatoid Arthritis Warrior,” blogs at RAWarrior.com and tweets as @RAWarrior. We bumped into each other on Twitter, and I quickly discovered that her community has much in common with the Cushing’s Disease and Cushing’s Syndrome communities I met through Robin Smith, @StaticNrg.

Here’s Kelly’s contribution to our I am an e-Patient series. Follow her odyssey, as she learned to understand her situation, think for herself when doctors’ answers failed her, and ultimately realized – unwillingly – that she would take responsibility for her condition … to become an engaged, empowered patient. And note how her “mother-of-a-patient voice” echos Diane Engelman’s mama lion story.

My dad was a United States Marine. When I was little, we were stationed in Twentynine Palms. One fine day, I pushed open the kitchen door and crawled out to explore desert wildlife: ants. When my mom picked me up a few minutes later, she was taking an ant-bitten baby to the hospital.

The multiple ant bites triggered a severe allergy to insect bites. I don’t remember the ant bites, but I remember the way my father reacted to my next encounter with insects. My leg swelled double its size after a bee sting a couple of years later. In the emergency room, they gave Benadryl to halt the allergic reaction to the sting. However, my dad’s reaction was just getting started. When they told him, “Just bring her back if she convulses,” he fought with the hospital for weeks for the right to have a small amount of Benadryl on hand in case the next insect encounter was more serious.

I can’t leave out my mom! A few years later, she paid out of pocket for allergy tests because the military doctors didn’t view allergy treatment as legitimate medicine. Then, she purchased the vials of serum that would eventually cure me of a potentially life threatening allergy to stinging insects. Finally, she appealed to the military hospital to at least have a nurse do the regular injections for me. Ironically, the nurse who injected my arms for 3 years was the same nurse practitioner who had helped deliver me when I was born. She was tickled to successfully treat me before she retired.

I can’t stand being thought of as a person with a chronic illness. I never wanted to be sick. Or be guilty of so–called healthcare seeking behavior. I did everything I could do to avoid medicine and doctors and hospitals. Evidence: planning five home births; staying out of the hospital in spite of losing consciousness from encephalitis; waiting 24 hours to be treated for an 8 inch second degree burn; and spending 6 weeks in bed due to a torn lumbar disc with only four Aleve every 4 hours as treatment.

Having a chronic illness was such an appalling idea to me that I had once thought I would will it away like any respectable person ought to… When I was 15, my mother and I spent a year discovering every elevator in Bethesda Naval Medical Center and Walter Reed Army Hospital. It took that long to visit almost every department there and finally land in Endocrinology. The headache and heart palpitations turned out to be Hashimoto’s Autoimmune Thyroiditis. One tiny yellow pill every day for the rest of my life would fix that.

Within a few years, I was weary of pills and blood tests and convinced myself that I might not be sick any more. Exercise and a healthy diet would be enough for me. Becoming empowered in life decisions was a priority. Being a patient was not. Last year I wrote about the unhappy ending to that story that came after 10 years of no treatment. The internet was too young to help. But, my dad had access to medical abstracts and obtained a large stack of thyroid articles for me to study. I finally sought medical care as I ended up in a type of thyroid coma with a TSH (Wikipedia) of 478.

Recovering from denial, I was diligent with my thyroid care. This meant using the public healthcare system for a few years and then paying cash until my pre-existing condition was covered. It also meant surviving a dangerous week of thyroid storm that caused me to drop 10 pounds in a few days while eating almost hourly. When I insisted that I did indeed have thyroid disease, an HMO doctor finally prescribed beta blockers to get my heart rate under control as an emergency measure. In six months, I saw four endocrinologists until I found one who knew how to treat it.

For some reason, I’m more comfortable being an m-patient. I did rely on exercise and healthy homemade food for my kids’ health, but I also made certain they had the best preventive care no matter what I had to do to get it. Through 21 years as a mother, there have been numerous instances when my engagement made a significant difference in the health and lives of my children.

When my son was 11 months old, I realized that he was deaf. I knew how to identify a deaf child because I have another deaf child. The pediatrician insulted me and tried to talk me out of seeing an audiologist. I’d been through that five years earlier with my daughter, so I had no trouble ignoring the pediatrician. Tiger is doing splendidly at 13 now with very powerful digital hearing aids.

I went through the exact same sequence with his older brother when it came to glasses. I went to a pediatric ophthalmologist anyway who told me my son had astigmatism and needed a plus 3.75 vision correction. He’s now 15 and he’s been wearing this same prescription since he was four. He was fitted with his first contacts today so that he could see better playing football.

It’s a miracle Bear is playing football. As an infant, he had a tumor which blocked about 98% of his airway. By the time it was removed when he was a year old, he had an enlarged heart and oxygen saturation levels in the 50’s. Why the long wait? During the first year of his life, I took my son to the doctor or the emergency room a couple of times a month. He had lots of symptoms including excessive nasal mucus, turning blue, and not gaining weight. I was warned by his doctors that Munchausen’s by proxy was suspected. I wrote more of the story here.

There are several more stories I could tell, but you get the idea. When you know that your child is in need or in danger, you don’t listen to any baloney at all. You only want answers or solutions and you don’t stop until you get them.

Finally an e-patient: an RA patient

Early in 2006, I was diagnosed with Rheumatoid Arthritis. I have written a detailed account of my long journey toward diagnosis. Long diagnosis stories are common with RA. My symptoms went back 27 years. (I told you I was good at denial.)

Childbirth is a common trigger for Rheumatoid Arthritis to worsen or become full blown. So is being 40. I got really lucky that year.

Since diagnosis, I’ve been on the most aggressive treatment possible. So far, my disease continues to progress and it’s a little worse each day. The symptoms have not remitted as I’ve failed to respond to treatment. They call that recalcitrant RA. It means I’m always in pain and every joint is always tender including my ribs and jaw. That means I often can’t talk or breathe or eat without pain. I’ve written more about what it’s like to live with RA in an attempt to increase awareness.

Living with chronic illness has been the most difficult thing in my life. There is pain. There is disability. There is a loss of respect from those who think of chronic illness as malingering. There is fear with each new chemo treatment. There are side effects of medications. But the hardest thing about being an RA patient is needing to be empowered with medical care when you’d rather flee.

It is difficult to find words to say how hard it is to make an appointment to see yet another doctor when you are once again told something that you know to be wrong. Over the last four and a half years, I’ve had more medical encounters than in all the rest of my life. Many of them have been characterized by 5 things:

Much of my future is in my own hands. It is hard work to have RA. It is hard work to be an e-patient. And it’s so hard to continue to make appointments and be hopeful and smile and request what you need over and over. But I have no choice – I’m no longer a d-patient; I am an e-patient. I have plenty of practice being an m-patient, so I use my mother-of-a-patient voice and hope that fools them. Remember: “When you know that your child is in need or in danger, you don’t listen to any baloney at all. You only want answers or solutions and you don’t stop until you get them.” In other words, fake it ‘til you make it.