Home » General » Peter Schmidt: The virtue of participating in your care – it serves others, too

Peter Schmidt: The virtue of participating in your care – it serves others, too

This guest post by SPM member Peter Schmidt is long overdue. I asked him to write it months ago after discussion on our post Tips for Understanding Studies (Health News Review). Apologies for the delay. 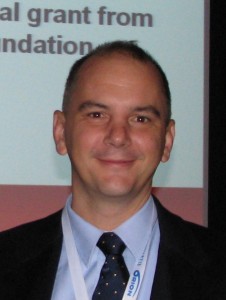 I was speaking with a colleague the other day. He is one of the most pro-patient engagement physicians I know, and he had just given a talk where he discussed patient “compliance.” I said to him, “Why were you discussing compliance instead of engagement?” He responded, “In my practice, I seek engagable patients. I love to have engagable patients. However, some patients are just not up to it. Some patients can only be dealt with in the context of compliance. They are not smart enough or just don’t care enough to be engaged.” This post is not for those patients.

This post is for patients who want to be engaged.

Throughout history, patients have contributed meaningfully to medical research. While Edward Jenner, MD, is credited with the smallpox vaccine, Benjamin Jesty, a local farmer, used cowpox to protect his family from smallpox before Jenner started his work. Not all medical breakthroughs come from physicians, and, like Jesty, non-physicians are often inspired by a personal connection to a disease. This story is told in a 1998 article in the International Journal of Infectious Disease written by two cancer doctors, Carry Gross and Kent Sepkowitz called, “The myth of the medical breakthrough.” The point of the article is that the “hero” stories of medical discovery, propagated by institutions like the Nobel Committee are myths. Edward Jenner stood on the shoulders of giants.

There’s a subtext: the hero stories of physicians treating you are myths, too. There’s a team of mentors, consultants, and support staff behind your physician or surgeon, and there are a lot of patients that came before you and with whom your doctor honed his or her skills. You are serving this role for the patients who come after you. If you participate in your care, you can serve this role better.

Non-physicians like Andy Grove and Sergei Brin are adding a lot of sophistication to research in Parkinson’s disease. Our system typically assumes that, for example, a dermatologist is better suited to understand a new therapy in, say, cancer than a physicist. In my experience, this is not a given: a friend of mine is a biophysicist, and understands biology pretty well, radiation extremely well, and what happens when the two mix better than just about anyone.

Physicians are more engineers than scientists: like engineers, they have a set of tools they use to manage a set of problems. When an opportunity for science comes up, when a paradigm change occurs because of a new discovery, many physicians (but not all) struggle with the task of figuring out which articles are good and which are not. For example, all the information necessary to figure out that Vioxx was dangerous was in their FDA filings. Still, it took a team in Oregon lead by Mark Helfand, M.D., a professor and editor in chief of a journal called Medical Decision Making, to figure out that Vioxx should be pulled from the market. This is hard stuff, and any help you can give your doctor can only help. If your doctor doesn’t feel this way, find a new doctor.

I put on a meeting recently where a patient in the audience asked a question that indicated that her physician was about 10 years behind on the research on the link between melanoma and Parkinson’s. Anyone reading abstracts on PubMed could have set this doc straight, but none of his patients were. Patients shouldn’t treat themselves, but they should be knowledgable participants in their care. This can be constructive, as it was in e-Patient Dave’s case, or defensive [self-defense], as it was at my meeting.

I am not one of “those patients,” either. I have done a lot of stuff in medicine, and wound up with a condition that just happens to be outside of anything I’ve studied. Despite being a health professional, I am just a patient for my own condition. However, I am an e-patient. I have a greater interest in my good outcomes than anyone else, and I am the head of my own health team.
_____

Peter Schmidt, Ph.D. is the Vice President, Programs and Chief Information Officer at the National Parkinson Foundation where he oversees NPF’s research, education, and outreach initiatives.  In this role, Dr. Schmidt has helped lead NPF’s Quality Improvement Initiative and has collaborated in research on quality care, hospitalization, and generic medications in Parkinson’s disease.  Schmidt joined NPF from Cronus Partners, where he was an investment banker focused on innovation in healthcare.  During his tenure at Cronus, he served as interim CEO of a company that developed information systems for genetics laboratories.  Previously, Schmidt was the President of a company that created software for chronic disease management and Chief Operating Officer of a non-profit joint venture of Oxford, Stanford, and Yale universities delivering on-line education.  Schmidt was educated at Harvard and Cornell and had a post-doctoral fellowship at New York’s Hospital for Special Surgery where he studied biomedical engineering.  Schmidt has a patent on a total knee replacement and has written widely on topics ranging from healthcare technology to corporate finance.  He led a successful advocacy effort to secure funding for post-traumatic stress disorder care for veterans in 2005 and donated electronic medical records used to provide indigent care in Louisiana after Hurricane Katrina.