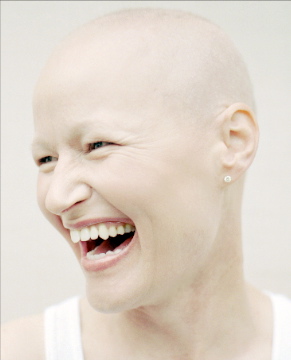 Another post from the Inspire.com network of patient commu­ni­ties. This one’s from New Hampshire resident Linnea Duff, an active Inspire participant who has Stage IV NSCLC (non-small-cell lung cancer). She blogs at Life And Breath.

It’s often been said that different people face cancer and the threat of death differently. Two years ago SPM co-founder Gilles Frydman expressed his concerns about the term “war on cancer.” Linnea’s post acknowledges that many people have that view, then expresses that she finds the metaphor apt, and tells, movingly, what keeps her going through the double challenge of being seriously ill while tenaciously helping others – which she says can lead to “battle fatigue.”

One big thing illustrated in this post is that real, authentic, therapeutic value is created in patient communities through something it’s hard to get from a chemist: empathy.

When I decided to join a cancer online support community, I was already three years into my battle with lung cancer. I know some don’t like the use of military metaphors when discussing cancer, but I find them totally apt. Fighting the enemy (cancer), active duty, in the trenches – these words of war are all fitting descriptors for what we face every day.

And then there is the sense of camaraderie that we develop with our fellow “soldiers,” the intense bonding that happens when, together, you are fighting to survive.

Unfortunately, just as in an actual war, there are casualties.

One of the reasons it took me so long to join a support group is that I was afraid of caring for people only to lose them. Not only did it frighten me, but I wasn’t sure I could handle any more sadness in my life. An online support community seemed ‘safer’ in that respect, but in reality, I underestimated the strong emotional bonds that develop even in the anonymity of cyberspace.

The first time I lost someone from my group to whom I’d become very close, the grief was so difficult to handle that I wondered if It would be better for me to distance myself from lung cancer (as if that were even possible!) But then, my sadness was replaced with anger, and that fueled a determination to get right back in there and to fight in my close friend’s memory.

My own sense of battle fatigue was pretty profound a couple of months ago. I had lost so many comrades; I was in imminent danger of losing more, and once again I was facing progression of my own cancer.

It is tempting, for just a moment, to quit sometimes. Not just the online forum, but the whole difficult battle. I mourn for the seeming innocence of life before cancer.

And then I look at the fresh and open face of my 14-year-old son, and I know that quitting is not an option.

Which brings me to the “newbies” in my online support group. They are the real reason I keep coming back. As important as my established relationships are to me, I feel that I have the greatest opportunity to make an impact on someone’s life with those who are looking for information. That’s my forte, more than casual banter or an emotional boost, which so many other members shine at.

It is tough, what we patients and caregivers are doing in online support communities. But it is also important. Each one of us has the opportunity to positively impact another hurting soul, and in doing so, perhaps make our own lives more meaningful.

By being connected to so many of my fellow community members, my life has taken on more meaning and purpose. I have been able to help others who were in need, and I have been comforted in return. Had I not gotten lung cancer, I likely would have remained in my once smaller orbit. I hate this disease, but I cherish the way my heart and my horizons have expanded. And so, I keep coming here. And I plan on staying as long as I am able to.

Linnea Duff of Amherst, NH, is a married mother of three who has been battling NSCLC (stage IV) for over six years. She is an active member of the Inspire Lung Cancer Support Community, http://www.inspire.com/groups/lung-cancer-survivors and blogs at http://lifeandbreath.wordpress.com/. This column is an expansion on a recent post to her online community.