“Know Your Numbers”: new music video parody that gets good things stuck in your ear

It’s wise to make healthy things fun, and even wiser to make them social (as touted by SPM member Phil Baumann RN’s Health Is Social). This week at the Mayo Center for Social Media, guru Lee Aase (@LeeAase) introduced a program that does both: a catchy music video that will stick in your ear, and a companion social website, KnowYourNumbers.me. It’s the hit of the show at this week’s Mayo Ragan Third Annual Health 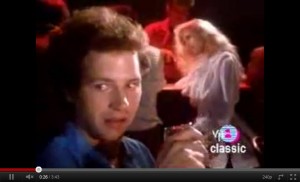 The video is a parody of the 1983 pop smash music “867-5309 / Jenny,” about a geeky guy who was awestruck by a big-haired blonde in a bar, who gave him her number and left. He never got up the nerve to call her, but did get up the nerve to peep into her bedroom window, and went to prison.

Now it’s 30 years later, he’s out, and the parody starts with these words:

“Jenny Jenny, since I first saw you,
It’s been three decades, wow the time sure flew.
…
And though I know there’s no chance that you’d be my wife,
I wanna tell you some numbers that could save your life.”

For a wry side note about the phone number itself, see Wikipedia’s note popularity and litigation on companies who adopted the number as their own, trademarked it, and sued each other over it. Oy. :-)