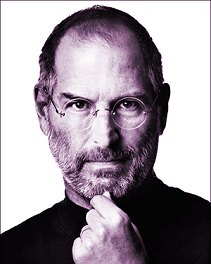 The 60 minutes interview with Steve Jobs’ biographer is an intriguing piece that gives us a few insights into Steve Jobs and his battle with pancreatic cancer.

But the most disturbing part of the interview for me was watching Walter Isaacson, a former editor of TIME Magazine, talk about how Jobs was in complete denial about his cancer.

Rather than seek immediate modern cancer treatment once diagnosed, he turned to a holistic, macrobiotic approach. That approach delayed treatment 9 months.

Whether it may have been “too late” is hard to say after-the-fact. But if you delay any cancer treatment, the results are rarely good. In Steve Jobs’ case, they may have been untimely — and fatal.

The cancer that was to kill him was discovered accidentally when Steve Jobs was being seen for kidney stones back in 2004, according to the CBS News report. Once the doctors found the cancer and do a biopsy, they tell Jobs the good news, “This is good… this is one of those slow-growing, 5% of pancreatic cancers that can actually be cured.”

But Steve Jobs doesn’t get the cancer operated on right away.

“He tries to treat it with diets, he turns to spiritualists, he goes through various ways of doing it macrobiotically,” according to Isaacson. “And he doesn’t get an operation.”

“By the time they operate on him [9 months later], they notice it has spread to tissues around the pancreas.”

Steve Croft: “How could such a smart man do such a stupid thing?”

“You know, I think that he kinda thought that if you ignore something, that if you don’t want something to exist, you could have magical thinking. It had worked for him in the past.”

The worst part, for me, was that even though Steve Jobs continued seeking secret cancer treatments, he was telling everyone he had been cured, according to the CBS News interview. And that’s what people believed — including Apple stockholders — until 2008, when they saw how much weight he had lost at a public Apple event.

Jobs, in his role as a technology superstar, could’ve also taken on the role as a health advocate rockstar. Instead, for 7 years, he sought to constantly hide and downplay his health problems.

So while I admire his marketing and product management savvy (sorry, Jobs was never a technologist), I feel a little disappointed in the way he dealt with his own health concerns. Instead of talking about them openly and publicly — and helping others understand there’s nothing to fear about doing so — he felt like he was so “special” he was going to beat cancer with his magical thinking.

I admit there’s a delicate balance between celebrity and advocacy… But it seems like, if you’re a celebrity, you get to a point in your life where you can use your celebrity and its influence to actually help others in a very humanitarian and altruistic manner by simply acknowledging the plain facts and talking about your battle with cancer publicly. This is something e-Patient Dave does every year. It helps others understand and feel safer to acknowledge their own foibles, and seek out diagnosis, care and treatment.

We all know the sad ending to this story, and I find little joy in writing these words.

But I write them to remind every one of us — myself included — that we need to stop the magical, psychological thinking… That every one of us is somehow “special” and can beat cancer through positive thought alone. Positive thought is very beneficial and helpful in medical treatments. But it cannot — alone — beat cancer. It must be combined with the best medical treatments we have available.

Together — through mind and body — cancer can be beaten. Sadly, Steve Jobs did not understand this until it was too late. Hopefully someone out there reading about his story will be moved to not wait to get treatment.

Steve Jobs most likely had an islet cell neuroendocrine tumor, a neoplasm that is considerably more rare than pancreatic adenocarcinoma, is usually detected earlier, and has a better prognosis and different treatment options, including liver transplant. Mr. Jobs’ liver transplant was performed about 17 months ago at Methodist University Hospital in Memphis because he was the sickest patient on the waiting list and had the highest MELD score (Model for End-Stage Liver Disease). Mr. Jobs subsequently urged everyone to become an organ donor.

To me, this is a bit like splitting hairs. I’m not sure what benefit there is diagnosing celebrities from afar when you do not have their medical records or histories in front of you. And yet, audaciously, Dr. Berman’s headline screams, “Steve Jobs Did Not Have ‘Pancreatic Cancer.” Unless Dr. Berman was his physician, she could not make such an outrageous claim.