Send a message to the White House: Show strength of support for Open Access 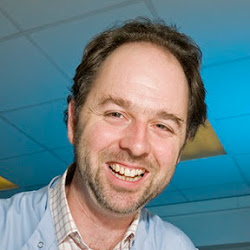 Update 1 June 3: if you’re not familiar with the Open Access issue, start with Peter Schmidt’s comment below, citing a 2008 journal article on the issue, by a former editor of the British Medical Journal.
___________

Guest post from Cameron Neylon. Cameron is the incoming Advocacy Director at PLoS and a biophysics researcher based in the UK.

We’re asking for about five minutes of your time to sign the Access2Research petition on the White House site.

25,000 signatures in 30 days gets an official Administration response. We want to hit that number – blow it out of the water – to escalate this issue inside the White House. We believe the idea of requiring free access has support but is stuck. This could well be the event that gets it through.

As a patient or patient advocate you may be wondering whether this petition is really for you. After all the NIH mandate does a pretty good job of getting you access to the research you need.

There are three good reasons why this petition still matters for patients and their supporters.

But the real reason the petition is a patient issue is that this is just one round. This action is important for the NIH mandate in two ways. First by taking the policy ratchet one step further we protect the NIH mandate from any future actions that seek to roll it back, such as the Research Works Act. Secondly by demonstrating the power and depth of public opinion we are in a much better position to take the argument for public access to policy makers globally. We won’t win that in this round, but by winning this round we put ourselves in a much stronger position for the next one.