Home » Medical Records » Who owns your data? Why?

Who owns your data? Why? 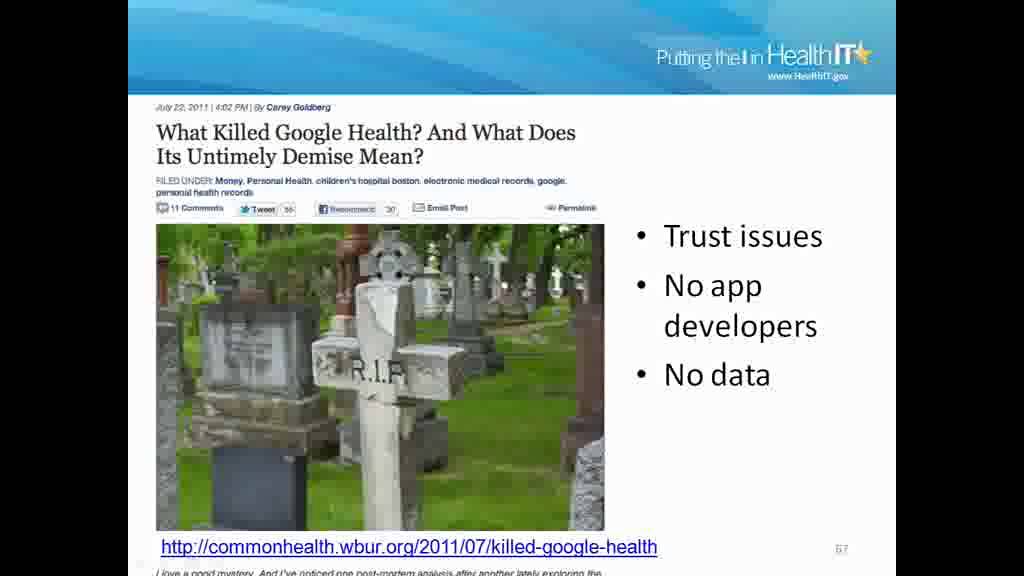 I’ve received an interesting request: Women Executives in Healthcare, a Hartford professional organization, will hold a meeting this fall themed around “Who owns your data?” And they asked, what are patients’ top five issues?

Of course I have plenty of opinions, but as with all things participatory, it’s better if we don’t assume all patients want the same thing or think the same. So, what do you think? Here’s some soup starter; have at it:

In the end, in my view, it’s about working together to make health care more effective, safe, and efficient. The importance of this is not always apparent until your time comes: I often say in speeches, “Patient is not a third person word.”

In our Society we say:

Many observers are now saying that patients are the most under-used resource in healthcare. Dr. Warner Slack has been saying that since in the 1970s; one of his proteges is Dr. Danny Sands, my primary physician and President of SPM, who says “How can patients participate if they can’t see the same information?”

Abington Memorial Hospital, near Philadelphia, gets it: every day they print out a family-level list of the day’s information, so the family can follow along (making sure meds happen on schedule, etc). I asked if the family ever finds mistakes in the printout, and they said “Oh, all the time.”

In contrast to this, at a dinner in January I sat next to the wife of a hospital’s Chief Financial Officer, and she said that she’s been trying for years to get her husband’s own hospital to correct a medication error in her chart.

Those are my thoughts; here are views from two other SPM members. Then we’ll invite yours in comments.

SPM member Hugo Campos as a device implanted in his chest that keeps him from dying when he has an episode. He wants to go one better: instead of surviving episodes, he wants to learn how to prevent them, by understanding the data stream coming out of the device. Many blog posts here have documented his TEDx Cambridge talk and his appearances on National Public Radio etc.

(Notice: that’s an e-patient – actively working to be responsible for his well-being.)

SPM member Scott Strangely pointed out another vital issue: his health as a diabetic is affected by how  well the available information is harvested and analyzed to help him control his health. (Note: another e-patient, actively working to be responsible for his condition.)

His problem is that all the different devices he has won’t talk to each other, and since he doesn’t own the data, he can’t dictate a solution. On the SPM member listerv, he wrote:

Diabetics see the interoperability issue in spades. Pumps, meters, CGMS systems that don’t talk to each other, requiring the patient to compare printouts from multiple system or hack together their own spreadsheets to do some pattern analysis.

We’ve just now started to see a couple of tools/sites that will allow you to upload data from almost any device so you can get an entire picture of food intake/insulin doses/glucose readings and still have hair left.

Both Hugo and Scott want to  play a more active role in staying healthy, and I’m sure many patients, parents and families would like to do the same. But they’re impeded from doing so, for reasons that often boil down to one simple fact: they don’t legally own the data, so it’s not theirs to make use of.

Here’s the NeHC webcast on patient participation in data quality: