Anyone who has doubts about including patients’ input in research studies should talk with Kathleen Bogart, PhD. 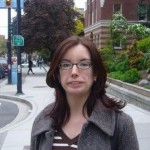 As the room filled up, past capacity, I became aware of how many children and teenagers were in the room, along with parents, grandparents, and great-grandparents. We were all there for an academic lecture, but some of us were going to be coloring.

First Dr. Bogart talked about how there are seven universal facial expressions, understood across all cultures: happiness, surprise, contempt, sadness, anger, disgust, fear. Someone’s ability to recognize – and use – those expressions helps determine their ability to navigate in the world.

She then talked about how, in research studies, people who are very expressive are rated more positively overall – observers think expressive people are happier, for example, than people who don’t smile broadly or move their hands when they talk. People with facial paralysis, however, are likely to be perceived as depressed. There were also studies showing that people with facial paralysis were actually depressed and less satisfied with life than other people. Further, researchers suspected that people with facial paralysis were less perceptive of emotion, less able to even identify those universal facial expressions because they couldn’t mimic them with their own faces.

It all sounded fishy to Dr. Bogart, even as an undergraduate. So she reviewed the literature and found that none of the studies differentiated between congenital and acquired facial paralysis. It took someone with Moebius – Dr. Bogart – to focus on the very different experiences of someone who has had their whole life to adapt vs. someone who has a sudden, later-in-life change in how they interact socially. It turns out that people with Moebius are just as happy and satisfied with life as everyone else. They are also just as likely as everyone else to be able to identify emotions on someone’s face.

It was very satisfying to watch Dr. Bogart present her own research, which has knocked down all the assumptions made by social psychologists who had never thought to ask someone with Moebius to contribute their insights. Through the Moebius Syndrome Foundation and a UK organization, Changing Faces, she includes people with congenital facial paralysis in all her studies, despites its rarity. (You can read more about her research in this New York Times story: “Seeking Emotional Clues Without Facial Cues”)

When Dr. Bogart asked a group of adults with Moebius to share some coping techniques, they answered:

Dr. Bogart did have some disheartening research results to share. She talked about a “thin slice” behavior study: test subjects were shown 20-second video clips of people with facial paralysis talking. Each subject then rated the people in each clip on a 5-point happiness scale. Perceptions still ran aground – people with facial paralysis were incorrectly rated to be unhappy, even by clinicians who treat people living with Parkinson’s. Oof. Sensitivity training for clinicians is next on Dr. Bogart’s agenda.

Then the Q&A started. It was immediately apparent that this was not going to be a standard academic Q&A. Here are my notes:

Q: A mom of a 4-year-old girl with Moebius described how her vivacious daughter doesn’t seem to know she is different from her friends. “How do I tell her without communicating that she is somehow broken?”

A: Practice positive ways for her to present her difference to peers. An audience member, a teenager, said that because of the way she was raised – to be confident – she never felt shy about her differences.

Q: A mom described how a teaching hospital “treated us like we were an exhibit.” The doctors and medical students didn’t even have the good grace to Google Moebius before they entered the room. What can we do about this? How can we stand up for our child?

A: An audience member spoke up to say that the reality is that you are the topic expert on Moebius, probably in the whole hospital. So don’t accept, necessarily, what clinicians say. You are the expert. Be ready.

Q: How do you introduce the topic of Moebius when you meet new people? People don’t ask.

A: Politeness norms dictate that people won’t ask, so you need to introduce it, maybe with humor. Dr. Bogart added that one positive aspect of Moebius is that “people always remember me.” She has turned her unique appearance into a positive – in job interviews and social situations.

Q: A man sitting next to me, with a teenager on his other side, asked how he could encourage his great-granddaughter to make more friends. As he put it, “Here she’s among like. Back home she’s the Lone Ranger.”

A: The girl spoke up for herself, saying, “Nobody wants to be any nicer than they need to be to the girl with a disability.” In her experience, there are 3 types of people:

I introduced myself to the teen, Kelsey, and her great-grandfather, Gene, after the session ended. I’d noticed that she was doodling, grasping the pen with a hand that isn’t fully formed. She’s thinking about starting a comic strip about living with Moebius. I won’t tell her that she’s inspiring, but I will tell her that I can’t wait to see what she has to say, to write, and to draw next. 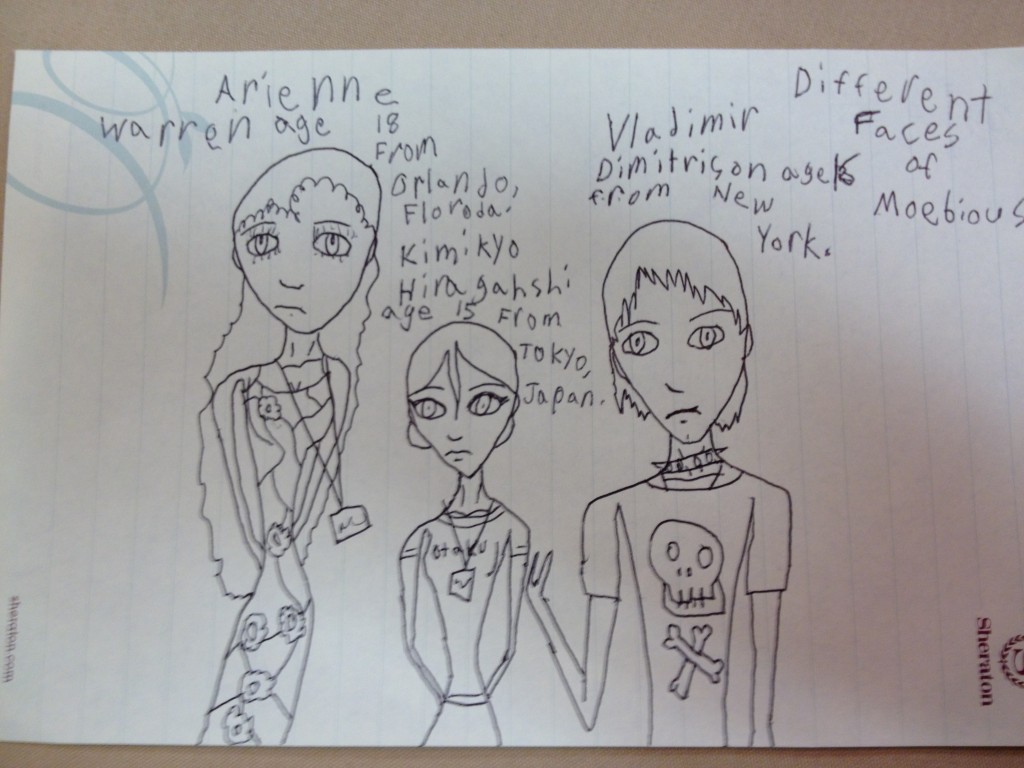