What’s in a (disease) name?

I witnessed an intriguing Twitter conversation between Christy Collins and Greg Biggers about disease names, so I asked Christy to write up her thoughts. It is an honor to host this guest post: 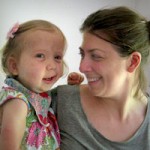 When I started an advocacy and research organization for my daughter’s rare genetic syndrome, I thought I would spend my time collecting data, maybe starting a biobank for biological samples, setting up a non-profit, and fundraising.

Instead, I spent a significant amount of the past year on the name of the syndrome.

In January, a paper was published that proposed the third name for this syndrome since its first description in 1997. I had an instinctive and personal reaction to this because nomenclature confusion contributed to my own daughter’s initial misdiagnosis. I am not alone. Every time I ask if this is an advocacy issue affecting all of the patient families in our community, I get a resounding “yes.” And when I asked a broader community of advocates, I heard many varied stories of problems with syndrome names.

It shouldn’t be too controversial to say that the purpose of a name is to serve as a stable placeholder for talking about a thing. We are well into the internet age so this could be extended to say that it’s also for searching for a thing. This issue of multiple and changing names is an enormous problem for anyone trying to research a condition, including clinicians and care providers, as well as for those trying to maintain searchable databases.

For most of modern medical history, syndromes and diseases have been named after a researcher that first described the syndrome. These are called eponymous names and you can see a long list of them on Wikipedia.

From my vantage point dealing with our ever changing name, this seemed like a pretty good system to me, but it turns out there are sometimes problems with it:

Of course, this system of naming also feeds the egos of researchers, which may have both pros and cons for the patients that depend on them. Greg Biggers, founder of medical research startup Genomera prompted this post by asking:

It is time to stop naming diseases after physicians who ‘discover’ them. If need to name after a person, how about a sufferer? Seriously.

I am happy to see any discussion of disease and syndrome nomenclature, and especially where patients are so respected. Using patient names would have some of the same potential problems raised by using scientist’s names, and probably others that are not immediately obvious, but perhaps patient names should be in the mix of choices for syndrome names. Another option is place names, though the residents of the named place may not feel so flattered.

In recent years the medical research community has moved away from eponymous naming, replacing it with descriptive names. There is a good summary of the reasoning here countered with an argument for the value of eponymous names here. Note that neither mentions patients.

Part of the reasoning for moving away from eponymous names is still about researcher credit: once the disease is discovered, researchers who make significant contributions over time are still toiling in the shadow of the discoverer. There is also a notion that a name should describe the condition so that clinicians have some clue about what they are dealing with just from the name. Another convention that is being adopted is naming for genetic defects, which give you names like “1p36 deletion syndrome”, and doesn’t tell you anything descriptive about the condition.

To the vast majority of therapists, nurses, primary care physicians and even many specialists, these names will require research just the same as an eponymous name would. Even if a care provider thinks that they know something about a rare disease or syndrome, they should be looking it up for the latest information about it, unless it happens to be their area of expertise and they have their head in the latest research all of the time.

These descriptive names pose additional problems that researchers may not prioritize, but are important to patients. They are difficult or impossible to both spell and pronounce for the average person. That may sound trivial unless you are one of the people whose life has been taken over by one of these unspellable and unpronounceable conditions. What if you can’t even say the word? What if you work hard to be able to pronounce it, but your family and friends can’t?

Description can be an unreasonable burden to place on a name. If you are going to name something when it is first encountered, there are going to be things about it that you don’t yet understand. There will be things that you think you understand but will turn out to be wrong.

It is a bit like naming a baby “Sucks Toes and Coos” and then realizing when he is four years old that that name doesn’t really suit him. Now you decide to call him “Loves Buzz Lightyear” and are up the creek again in a few years. You should have just called him “Matthew” from the beginning and then over time adjusted your expectations about what the person “Matthew” is.

This happens with descriptive names. The descriptive name turns out to be inaccurate, or it excludes an important subset of cases, or someone thinks that they have another set of words that provide a refined description. The result is multiple names.

There is currently no body overseeing the naming of genetic syndromes. A name is proposed in the research literature, the research community either adopts it or doesn’t and there is a period of uncertainty while consensus is or isn’t reached, and there’s no defined point in time when that happens. As far as I can tell, patients have no say in the matter, but may suffer from the ensuing chaos.

Consideration of the needs of patients could be a guiding light in nomenclature decisions. Rather than contributing our eponymous names, patients should be called on to contribute their point of view. How do patients use names, what functions do we need them to serve? These are not abstract or philosophical questions for patients.

And so I ask: What do you think? Where do we go from here?