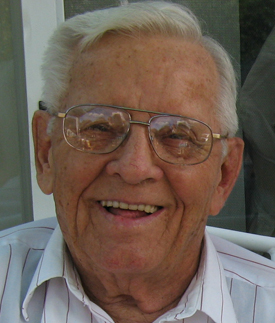 Second in a series announced yesterday of posts by SPM members who attended last weekend’s PCORI workshop. This one’s from Kathy Day, an avid e-patient advocate from Maine. This originally appeared here on her blog, on Monday.

Why PCORI made me endure flying through Frankenstorm

I arrived home last night around midnight, after flying north to Bangor from Washington DC. Frankenstorm (the frightening Halloween nightmare that all of us in on the East coast are facing) was just brewing up down in our nation’s Capitol. Because I live north of almost everywhere in the US, it is difficult to get a direct flight home, so I had to take off and land twice. DC to Philly, to Bangor. DC to Philly was a ‘filling your pants’  kind of flight. Philly to home was a piece of cake, comparatively speaking. I realized, that every time I fly, it is like when I had surgery last year….I put my life into another human’s hands….last night, my pilots were heroes to me!

So what drew me to DC when I knew Frankenstorm, also known as Hurricane Sandy, was brewing. PCORI did. Patient Centered Outcomes Research Institute is a private entity. Funding has been provided to them to direct patient centered research. Honestly, I didn’t have a clue what that was until I went to this meeting. Getting chosen to attend was a challenge to me, and I was very curious about the work, so I wrote an essay about who I am and what I do. Apparently, they liked it and I was one of 150 (out of 350 applicants)  chosen to attend this meeting.

The focus of PCORI is to involve patients, caregivers, organizations, and other stakeholders in patient centered medical research. Their explanation was to do research WITH patients and  WITH their involvement rather than about or for patients. Rather than becoming a numerator or denominator after a research project (very cold and demeaning), patients will be involved from beginning to the end of a research project. Patients will create research questions, and be part of the process and review of the research. How refreshing.  Anyone can create and submit a research question on their webpage http://www.pcori.org/get-involved/. PCORI’s  job is to field and match questions with researchers.  Those people seeking funding for a research project must comply with the rules of PCORI engagement before they are granted funds.

This is my simplistic perception of PCORI and their innovative approach to medical research. I applaud them for doing it.  Imagine this….medical research BY and WITH patients. Let’s face it, patients are the experts about themselves.  Before just recently, that was unheard of.

The other 149 participants of our DC meeting were from all over the country, and came from all levels and varieties of patient advocacy.  There were doctors, nurses, patients, researchers,  specific diseases foundations representatives (arthritis, breast cancer, Lyme disease, parkinsons,  Kernicterus http://www.kernicterus.org/ etc), family members of disease/medical injury patients, survivors of diseases, advocates, activists, consumer advocates …………….   It was impossible to meet everyone, but the ones I did meet were all equally passionate about their causes,,,,and most wore multiple hats…     My hats were, survivor of a loved one who suffered  medical harm, survivor of cancer surgery, healthcare consumer,  nurse, activist, advocate, and family caregiver.   I was surrounded by people just like me, and it was an amazing experience.

So, what do I do with my new contacts, energy, and information?  I can train to become a research reviewer for PCORI, and I am considering that.  I can and probably will come up with some challenging research questions.  I will spread the word about PCORI by writing to my local newspaper.  But, what I want to do most is drive or at least be a passenger in the PCORI RV/bus.   When PCORI decides to use my suggestion to do a nationwide PCORI tour to raise awareness of their work, and to hold  town meetings about Patient Centered Research in every corner of the US, I want to be there. My PCORI partner (chosen for me by PCORI prior to the meeting) had the great idea of town hall meetings, so maybe she can join me on that bus. Last night when I left, one of the leadership people told me the driver of the bus had to have a tattoo……it would be a first for me, but I am willing to do that to be part of the PCORI tour.  That is how important I think their work is.