When the doctor-patient relationship splits up (Boston Globe) 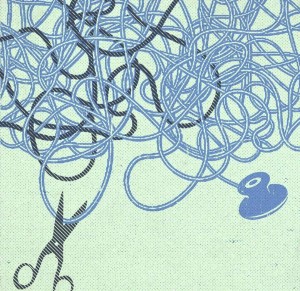 In the Society for Participatory Medicine we talk about professionals and patients being full partners in care. And sometimes, as in any partnership, the two part.

Have you ever “fired” anyone? Before it got to that point, did you express your concern (“I want to talk about something”)?

In the In Practice column in today’s Boston Globe, Dr. Suzanne Koven of Mass. General writes When patients split from doctors the latter feels the pain. It’s a sensitive, nuanced piece, delicately touching on vignettes with no easy answers:

I had been in practice about a month when I called a new patient to tell her that the lab had lost one of her blood tests. Not to worry, I said. We would repeat it at her next visit.

“There won’t be another visit,” the young woman replied coldly. “I told you my grandfather died of gastric cancer,” she explained, “and you did nothing to screen me for it.”

I mumbled an apology, hung up, and walked down the hall to a more seasoned colleague’s office. How could I have been so ignorant, so incompetent? How could I have failed this woman so utterly?

“What’s the screening test for people who have a family history of gastric cancer?” I asked my colleague. “There isn’t one,” he said.

See what I mean? A patient (apparently) tries to be vigilant about her health, and has a standard, and expresses it, feeling wronged. The doctor, far from shirking responsibility, feels bad and asks a colleague. And then it turns out, perhaps the reason she didn’t think of screening is that nobody taught her about screening because there isn’t any screening.

(That’s speculative interpretation on my part, from reading the few words in the column. But it serves the purpose of illustrating the complexity of a relationship when there’s so much uncertainty in medical science.)

Dr. Koven cites three ways to lose a patient, all painful: death, firing the patient (quite dicey, she says, with legal risks among other things), and being fired – sometimes amicable, sometimes not:

I recall a new patient who spent the better part of his first visit telling me how insensitive his previous M.D. had been. When I glanced at his records I saw that my predecessor was a physician who’d won awards for his extraordinarily compassionate care.

For heaven’s sake, what’s the tragedy if you’re just not a good fit? No doctor is starving for more patients to see. Heck, I know some patients don’t want to be participatory (they want to be told what to do) and some docs are that way. I hope they find each other and have a great life together.

Personally, I’ve come not to expect perfection from anyone, not even the famed Dr. Danny Sands. When he doesn’t bring something up that I want to know, I ask. (Duh?) That’s what an empowered person does: knows what s/he wants, and expresses it.

Note that Dr. Sands is not shy about saying “I don’t know,” and I don’t interpret that as a failure: a million new papers are published every year, and as I said a year ago on KevinMD, Expecting doctors to be perfect is a setup for dysfunction.

Clinicians, patients, family members – what’s your experience been?  Have you experienced dialogs like the ones Dr. Koven cites? The whole piece is here. Perhaps most useful, what have you found to be effective in building a good working relationship?

btw, it drives me nuts that Globe pieces commonly have a different title in the print edition. I know headline writing is challenging – I used to do it, on the school paper – but in this case there’s plenty of room in both the print & online editions so the difference is puzzling:

Which does Dr. Koven mean??

Oh wait – instead of being disempowered, I’ll use the first E (empowered) and write to her. Her address is in the column, so what am I doing sitting here acting like there’s nothing I can do?? Funny how easy it is to fall into that trap.