The Case for Being On Top of Your Case

Guest post by Elaine Waples, one of our new (today) members of SPM (with her husband Brian Klepper). This story illustrates one of the core dysfunctions in American medicine today – lack of coordination – and makes a compelling case for patients and families to be engaged in every case, to the full extent of their ability.

This post first appeared on The Doctor Weighs In, and was introduced on Jessie Gruman’s Prepared Patient Forum with this introduction:

Elaine underwent major abdominal surgery in 2010 for stage 3 primary peritoneal (ovarian) cancer that had metastasized to several organs. Since then, she has undergone years of a robust treatment regimen including 8 rounds of chemotherapy. Her journey is chronicled on the online health care magazine Care and Costs, edited by her husband, Brian Klepper. 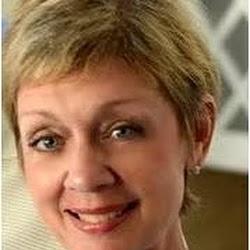 Complications from my cancer sent me to the hospital again recently. The news that I was in trouble came unexpectedly from my oncologist’s office Thanksgiving eve, following a routine blood test. “Your liver numbers are out of whack.” My response was “Really?” as if I’d been notified that my driver’s license had expired.

I was diagnosed with a blocked bile duct and I missed the turkey and cranberry sauce. My oncologist called in a gastroenterologist, who scheduled a procedure to open the blocked duct. But my tissues were too distorted to complete the procedure, so the next day an interventional radiologist inserted a bile drain. I met him seconds before I drifted into sedation. When it was over and I was awakening, he offered me a cheery “good luck” as I rolled out the door. I never saw him again.

I returned two weeks later for a repeat of the original procedure, and this time it worked. A metal stent was implanted that propped open the duct and I was happily discharged. The next afternoon, though, I was back in the emergency department with a fever and elevated white count. A young doctor ran some tests, made some phone calls, and the staff hospitalist admitted me with pneumonia.

Over the next four days I received care from a rapidly growing list of consulting physicians: a pulmonologist, a different interventional radiologist, a partner to the first gastroenterologist and an infectious disease doctor. The hospitalist coordinated their care, monitored my progress and ordered meds and tests.

As the days moved on, the treatments, tests, antibiotics, and procedures continued. My husband and I experienced a revolving door of physicians who we met for the first time, each focused on something different. They were there for their specialized knowledge and skills: monitor the bile duct, eliminate the infection, drain the lungs. At times it felt like we were dealing with unrelated illnesses and I kept thinking, “I have cancer! Is someone connecting all this?”

The processes of hospital care are supposed to be understandable to the average patient. But I wonder if they are. Many patients expect that their care will be managed by a familiar specialist, the doctor who saw them last or their primary care physician. They may have never heard of a hospitalist or know what a consulting physician does.

We have realized that we have a strong role in making patient-centered care really work.  We asked questions of the doctors. Are you talking to my oncologist and my primary care physician? Some had puzzled looks, as if we had introduced a stunning no-brainer into the conversation. They all assured us that they had already connected directly, through the EMR, or through the hospitalist.

But we weren’t sure that was happening. We didn’t always know what they were saying and or what they were hearing. Questions got the information flowing and our conversations, both good news and bad, became more collaborative. Even so, it didn’t just happen. We had to elicit information. We had to be active advocates for my care.

I am out of the hospital now. I left with books, flowers, bottles of soap, lotions and an oxygen tank. I needed a Sherpa. I also had a pretty thorough “to do” discharge list that included a home health nurse, a therapist, pain meds and oxygen. I have since connected with my primary care doctor and my oncologist. I am vastly better, though there is a lot of treatment ahead. But at the moment, there is medical homeostasis.

I think about the experience often. My care was excellent. I was sick and in trouble, and it was the right care at the right time. The hospitalist who coordinated the care was skilled, diligent and competent. My team of consulting doctors were terrific. Left to my own devices, I probably could not have chosen more wisely.

But there was an eye-opener. The care was coordinated differently than I had imagined. I expected to see doctors I’d known before. It turns out they were involved, but with the new team in the hospital. It was clearly the right care, but much of it was, for us, out of sight, behind the curtain.

The doctors who treated me have moved on to other cases and probably never thought of me again. I owe them my deepest gratitude and I would like them to know how much better I am. I wish I could see them one more time.