Medical Errors: Will We Act Up, Fight Back? 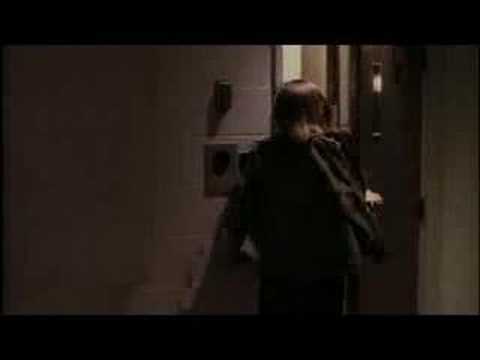 Sometimes, angry patients and dissident doctors and nurses warn us about the impending patient revolution – how health care is so unsafe, of such poor quality and so expensive for us patients that we are soon going to rise up out of our beds, go to our windows and, in unison, holler, “I’m mad as hell and I’m not going to take it anymore!”

We’ll riot in the streets, crowd the lobbies of hospitals and the storm the halls of Congress. We will not be ignored. And we’ll force meaningful change. After all, as the recent documentary How to Survive a Plague reminds us, the gay community and others mobilized themselves during the AIDS crisis to great effect, with demonstrations, media coverage and pressure on Congress, the Administration and the research establishment.

Nominated last week for an Academy Award, director David France’s film recounts how, in the 80’s and early 90’s, the AIDS crisis aroused an astoundingly effective response in the U.S. when virtually every person who contracted the virus died from it. Today, there are affordable treatments that work for many people over the long term. The AIDS crisis appears – at least to the general public – to be over, despite the 1.8 million deaths due to AIDS world-wide in 2010 alone.

The intense response to the devastation of the Human Immunodeficiency Virus (HIV) by people with AIDS, those at risk for infection, the gay community, friends, family, and health professionals – particularly in New York City, spearheaded by ACT UP and the affiliated Treatment Action Group – had at least three key characteristics:

For me, watching How to Survive a Plague brought back with sickening vividness the agony of the AIDS crisis in New York City. The deadly threat the virus posed to this specific community and the slow response by health care providers, the pharmaceutical industry and the government fueled the activism. Hundreds of people got on buses, marched, shouted, lay on the ground in front of government buildings and got arrested. It motivated dozens of people to become experts on HIV and to demand changes in how research was conducted, how drugs were developed, and how treatment approaches were devised and tested. It fired up all these people to come together and to figure out how to work the politics of confronting Congress, scientists, captains of industry and hospital administrators to demand change.

And then, as one of the leaders of ACT UP says in the film, “We got lucky.” Medication was discovered that controlled the growth of the virus for many people. Since the first HIV protease inhibitor was approved for prescription use in 1995, the AIDS crisis has transformed into a more diffuse, familiar threat that competes with other diseases for attention and resources in the U.S. and internationally.

Yet, hot on the heels of the AIDS crisis, the IOM and others were beginning to document a larger and wilier foe: the crisis of preventable injuries and deaths caused by medical errors. This should pull us toward the windows to shout, “This is not acceptable!” The number of casualties is staggering. The first IOM report on medical errors, To Err Is Human, set the toll between 44,000 to 98,000 deaths annually. Even if this number is not exact, it is big, and subsequent estimates have been larger.

You’d think we’d be outraged by that number. After all, most of us use health care and so theoretically, we are all at risk. But beyond a few publicly visible clinician leaders, some really stalwart advocates, a few patient fueled advocacy organizations, and a steady drumbeat of frightening media reports, the American public has not taken to the streets or the airwaves. We are largely silent about the toll of medical errors on our kids, our parents and our neighbors.

I can only speculate why: The vast majority of us don’t think there is a problem. We are generally hopeful about what health care can do to extend and improve our lives. We believe that while health care can be dangerous, our own doctors and hospital are safe. We are hopeful that medical interventions will cure or contain most serious diseases and allow us to live well with them for a long time. Medical errors are distributed widely and don’t threaten any specific group apart from those who tend to be sicker and who thus have greater exposure to health care and the dangers it poses: those who are chronically ill and those who are older. And “to err is human,” after all, so can anyone really be held to account?

But as I write this, I find myself getting mad. The number of deaths attributed to medical errors in 1999 was estimated at nearly 100,000, and today it is more, not substantially less. I’m sorry. That’s just not good enough.

I’m angry that the last time I was in the hospital my husband had to sit beside me like a guard dog all day long. Because I was alone at night, my sleep was haunted by the threat of injury and error.

I’m heartbroken when weekly I read fresh stories of families who have needlessly lost a child or a mom because of avoidable errors in care.

I’m offended that the venerable consumer protection publication Consumer Reports acquiesces to the threat, recommending not that we rise up in protest against the slow response of medical institutions but rather that we hire a private duty nurse if we can’t enlist a sufficient number of family members to provide 24-hour protection when we are in the hospital.

The crisis in patient safety resembles the AIDS crisis in two critical ways: It is needlessly killing a lot of people and those who have the responsibility to stop it have not made meaningful progress in the intervening 14 years since it was identified as a serious problem.

That’s worth getting mad about.

Are you outraged? If not, why?

Why do you think most of us remain silent in the face of these many injuries and deaths, despite our own risk and the constant media coverage about both individual cases and aggregate statistics?

Patient safety advocates: What do you think? And whats your advice about where we should direct our anger and our energy?