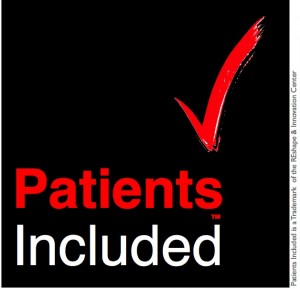 At today’s lunch panel, a 17 year old patient advisor named Jack, from Flagstaff, Arizona, said he got some great advice (from co-panelist Tony White – see his comment below) that I think all such advisors and advocates should adopt:

“Pro bono” is short for “pro bono publico,” which is Latin for “for the public good.” It’s the term professionals use (e.g. attorneys) when they donate valuable services instead of being paid.

Why does this matter? Because in any field, there’s a clear differentiation between things people get for free and things they pay for. (Ever heard the expression “You get what you pay for?”) Lucien Engelen’s Patients Included movement calls for every medical conference to subsidize patient participation; today the norm in that movement is that patients aren’t charged to participate, and sometimes have their expenses paid … but they must still take time off work, and even if they’re retired or unemployed, they still must donate their time.

It can be downright insulting (or just silly) when a host protests, as I’ve been told: “But, but, your voice is really important to us.” Early in my speaking career I sometimes replied, “Really important, and worth exactly $0? I’m sorry, my schedule won’t allow that.”

I don’t want to tell patients to stop volunteering – but it’s time for us all to recognize that there’s real value in what patients contribute. So let’s call it what it is: donated contributions of time and thought. Pro bono publico – for the public good.
_____________

In Tony’s  comment he points out that there’s something distinctive about the specific role of the patient / family advisor – a specific set of skills. I’ve never done that job but my gut says I’d agree. And I think that’s a good rule of thumb for the difference between “just volunteering” (e.g. giving directions to hospital visitors) and contributions of specific skills. What do you think?