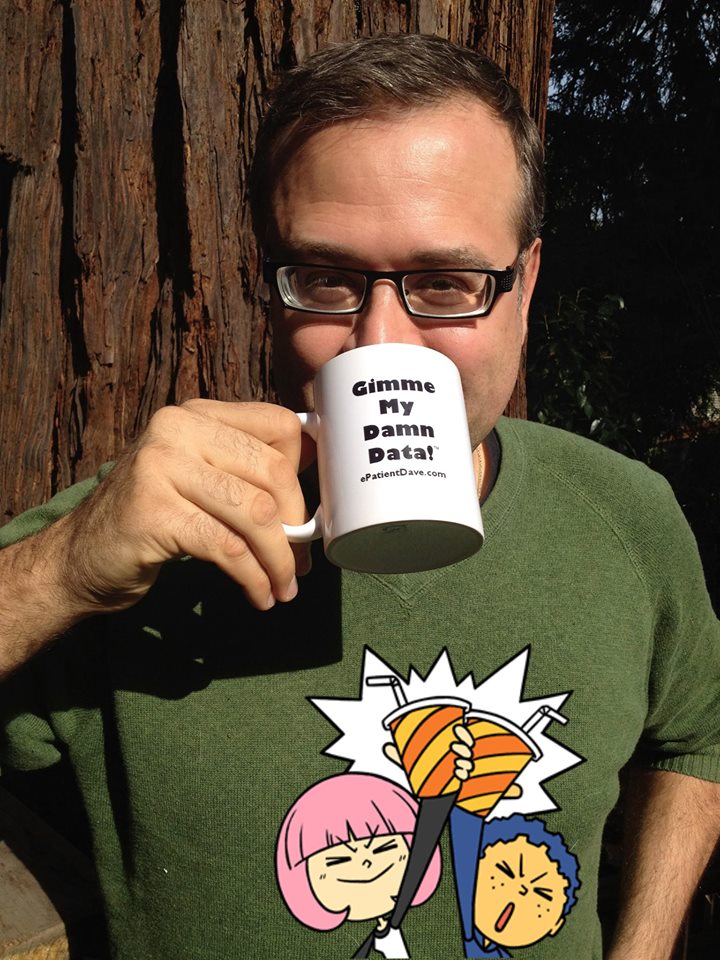 For whose benefit does the healthcare industry exist? For the investors, or the people whose needs are the reason for the industry?

Facebook last night was celebrating a small but significant legal victory this week for the “gimme my DaM data” movement (“Data about Me”), of whom super-e-patient Hugo Campos is a well known example.

Regular readers are well aware of Hugo’s odyssey (search his name on this blog) to get his hands on the data that’s gathered and emitted by the ICD (implantable cardioverter-defibrillator) that’s wired into his heart. For years he’s tried to get that data, but device maker Medtronic has said “Sorry, you’re not our customer. Your doctor is.” And, whether we like it or not, the vendor has a legal right to protect its patented and copyrighted designs and software.

The ruling, from the Copyright Office (under the Library of Congress), grants the plaintiffs (four “patient researchers,” including Hugo) an exception that allows them to circumvent that vendor’s “technological protection measures” that effectively limits access to copyrighted work, in this case the software that runs a patient’s medical device and the data it collects

Note: this is a far cry from what e-patient advocates really want (medical device interoperability, standardized data formats, and better data access through open APIs) to help pave the way toward transparency, which is critical for patients to know what’s happening in their bodies.

They still have to do all the work to get and interpret the data. But this ruling means they can no longer get in trouble for trying – at least not for the next 3 years (see this tweet), when, unbelievably, they have to repeat the request. And remember: every one of the manufacturers’ arguments about piracy or copyright infringement was rejected as having no basis in reality.

The story is complex, Hugo says, so in the interest of speed, I’ll just quote from this blog post from the Cyberlaw Clinic at Harvard’s Berkman Center for Internet and Society, which argued the case:

The Cyberlaw Clinic represented a coalition of medical device researchers – Hugo Campos, Jay Radcliffe, Karen Sandler, and Ben West – who study the safety, security, and effectiveness of implanted medical devices. Some of our clients study this by analyzing the software of medical devices for vulnerabilities or flaws, and others look specifically to how patients can protect themselves by getting more timely access to medical data.

Through a petition, initial comment, reply comment, and two subsequent letters, the Clinic articulated why such research is vital to ensuring patient health and safety, does not seriously risk piracy or infringement, and should be allowed to continue …

Here’s what Hugo said about what the decision means, on Facebook:

This ruling means a researcher patient can circumvent a manufacturer’s copyright protections measures (for example to reverse engineer a device) to gain access to his data or independently verify the safety and efficacy of his device without breaking the law.

It’s a first step but a big one, because strenuous industry objections were rejected and the decision seems to agree with the patients’ perspective, as shown in the italicized excerpts in that Berkman post. Much more will be written in the coming weeks, I’m sure.

Congratulations to Hugo and his colleagues, and many many many thanks to the Berkman Center’s Cyberlaw Clinic, who argued the case – with a full year of effort.

One more thing: for a chilling hint of how far industry will go to protect its interests, over the interests of the patients they’re supposedly serving, consider this from the end of the Berkman post: (emphasis added)

While the Clinic is quite happy that it was able to persuade the NTIA, Copyright Office, and Library of Congress to grant this exemption and secure this victory for our clients, it was not without tremendous effort. The work spanned a full calendar year, and involved the help of seven different Clinic students and interns …

And for all of that time and extensive record building, the opponents to the exemption never once were able to show how this sort of [patient] research would violate copyright law, or risk greater piracy of medical devices. That fact alone should have ended this inquiry before it began.

Indeed, for whose benefit does this industry exist?

And why should it take seven Harvard Law students and interns a year to fight those who are putting their interests ahead of the patients they say they serve?