“When someone else speaks for you, you lose”: patient empowerment as a civil rights movement 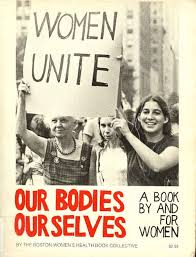 Here’s something I’ve never done: I’m capturing a comment from this blog five years ago and making it a post of its own, so it’s easier to find, because I think this is going to be more and more of an issue.

It’s clearer and clearer that, as SPM board member-at-large Peggy Zuckerman says, patient empowerment is becoming a true civil rights movement. As in, I bet within a year or two we’ll see protests in the street, especially as governments begin to fight back, e.g. the Belgian government’s “Don’t Google it” Google Ad campaign(!). In recent speeches I’ve been calling that “the empire strikes back.” When that happens, it’s a sure sign that the dominant paradigm is failing, and is not happy about it. And they start trying to hold back the tide of democratization. (Update: see Peggy’s comment below about how this impacts both care and the conduct of healthcare.)

The comment below was in the context of our post “Equity & Excellence: Liberating the NHS” (UK white paper). It was a reply to another comment from SPM co-founder Gilles Frydman. An amazing set of historical references all in one place.

It continues: “Michael Masutha and William Rowland, two leaders of Disabled People South Africa, separately invoked the slogan, which they’d heard used by someone from Eastern Europe at an international disability rights conference.” So I suppose it goes even farther back.

Interestingly, the next paragraph quotes Ed Roberts (“a leading figure of the international disability rights movement”), saying “If we have learned one thing from the civil rights movement in the US, it’s that when someone else speaks for you, you lose.” (Emphasis added.)

It continues: “In this sense, ‘Our Bodies, Ourselves’ and ‘Power to the People’ can be recognized as precedents for “Nothing About Us Without Us.”

Indeed, we here have cited Our Bodies, Ourselves as a pioneer of participatory medicine. And my first blog post about e-patients after reading the white paper, 1/28/2008, said “this looks to me like the Sixties motto ‘power to the people,’ made real in the world.” (Our Cheryl Greene replied on this blog.)

Regarding “when someone else speaks for you, you lose,” I recall the Ken Burns movie about the suffrage movement, Not For Ourselves Alone: the story of Elizabeth Cady Stanton and Susan B. Anthony. They too found that when they agreed to be represented by male allies in Congress, they were ultimately sold down the river … an expression that itself arose in slavery.

Sooo, what goes around is coming around: nothing about us without us, time after time. Thanks for tying it together, Gilles.

Think this isn’t a civil rights issue? Consider that in the United States, the HIPAA law (health data rights) is administered by OCR – the Office for Civil Rights.

And notice the parallels between our movement and those movements, above. Someday we too will look back on this day and wonder how it was even a question.