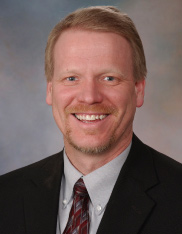 This is a hoot. I say this as someone who first blogged in 2008 about this process.

On Tuesday March 1, Mayo Clinic will be streaming video of a colonoscopy, live on Periscope, in a broadcast they’re calling The #ScopeScope.

Lee Aase, head of the Mayo Clinic Social Media Network, has volunteered to be the patient. Yes, he’s going to Periscope his ‘scope. #ScopeScope!

Here’s his blog post about it. The publicity, and the “strong-arm” YouTube, is all about getting people to stop worrying about colonoscopies (it’s really not an obnoxious experience) … for better health.

Mayo Clinic has worked with the national advocacy organization Fight Colorectal Cancer for the last three years to promote colorectal cancer awareness and screening. Last year we produced this video that was part of the #StrongArmSelfie campaign:

“Mayo does scores of colonoscopies every day,” I said. “I’m sure we can find one of those patients who would be willing to participate.”

We no doubt could have done that. But as I reflected during our phone conference, I decide to be the patient volunteer. I was due for my screening, and if I wasn’t willing to participate in the broadcast myself I didn’t have any business asking others.

So that’s how the #ScopeScope was born.

We hope it will both demystify the colonoscopy process and also encourage those of my vintage who haven’t yet been screened to get it done. I’ll be tweeting and ‘scoping on my personal accounts during the time leading up to the procedure, including my check-up the day before and the dreaded colon prep.

Then on Tuesday morning, as conscious sedation sets in, colleagues will take over the broadcasting via the Mayo Clinic Periscope channel and Twitter account.

Here’s how you can help:

After the #ScopeScope kicks off Colorectal Cancer Awareness Month, we’ll have a second phase of the campaign, similar to the #ALSIceBucketChallenge, to encourage those who have been screened to challenge their friends to do likewise.

Meanwhile, we hope you’ll help spread the word about the #ScopeScope to help raise awareness of the need for screening.