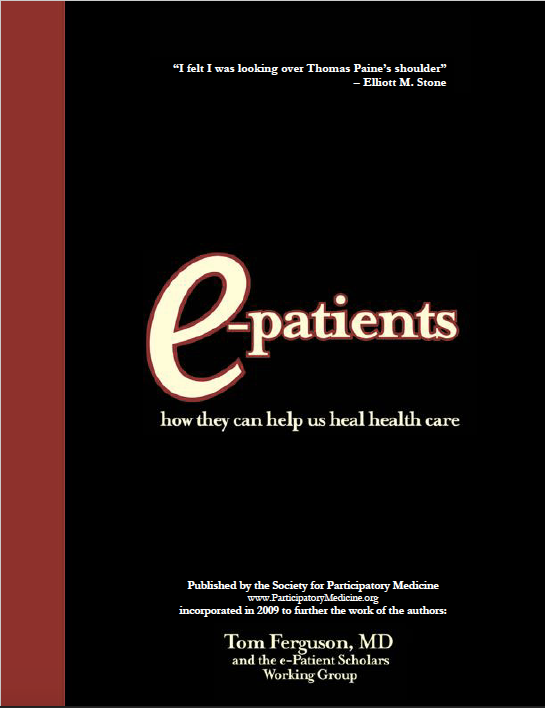 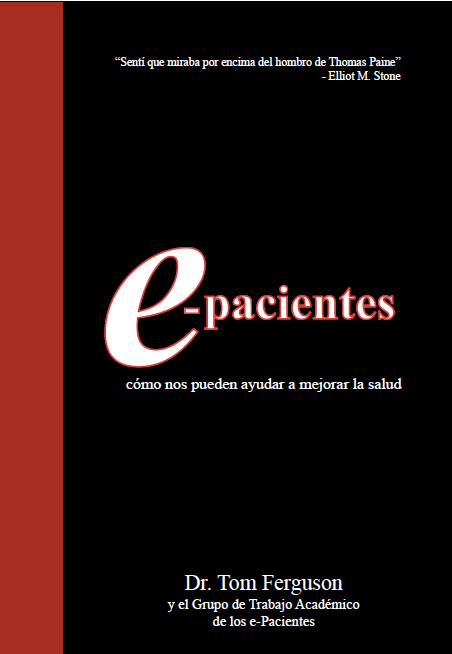 Yesterday, in Honoring the memory of “Doc Tom” Ferguson, ten years after his death, we started a series of posts to mark his untimely demise and look back on his work.

As we noted, at his death he was working on a project funded by Robert Wood Johnson’s Pioneer Portfolio to document the reality of, and the rationale behind, the e-patient movement. Today, a full decade later, the movement is barely known, but we’ve made progress: in many circles (not all), patient engagement and empowerment are recognized as a growing reality, and in some countries policy is changing to support it.

In the coming days we’re going to walk through this document chapter by chapter. If you want to follow along, please download it: it’s 129 pages in English, and the original text (not updated) is in Spanish, 148 pages.

Here’s the table of contents:

Special recognition to SPM members Elia Gabarrón and Luis Fernández Luque for creating the Spanish edition! As we said in the post announcing it, Spanish is the second most widely spoken language in the world.