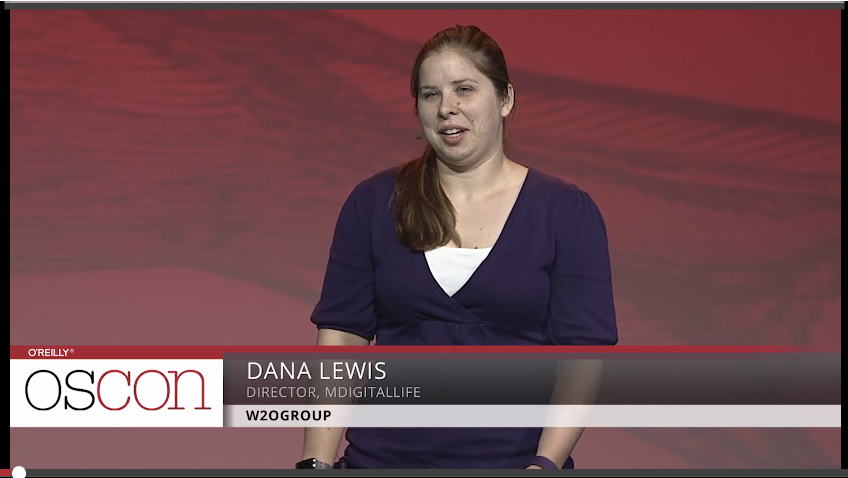 Click image to watch video on the O’Reilly site

For some reason we haven’t written much about this here – our only post is from SPM Past President Nick Dawson 15 months ago – but this is such a big deal. Here’s an 11 minute introductory video on this – I won’t say more, I’ll just ask you to click and watch this.

The speaker is @DanaMLewis, who lives with Type 1 diabetes, and has hacked into her CGM (continuous glucose monitor) and her insulin pump and grabbed the data feeds in the devices. Then, using a $35 computer called the Raspberry Pi, she and then-boyfriend @ScottLeibrand (now husband) wrote software to manage her blood sugar better than it’s ever been controlled before.

It works. They call it the Automated Pancreas System, and they donated the code to open source, at OpenAPS.org. And now scores of people are doing it.

As you’ll hear, this is threatening to everyone who believes that patients can’t understand all the complex things needed to manage a disease like this … but as you’ll also hear, it’s profoundly liberating to the people who have the problem.

The event was an open source software conference, so some of the language is technical, but you can just skip over that – the main point is all in plain English.

This week in San Diego, at the Quantified Self Public Health Symposium, six members of our Society for Participatory Medicine saw Dana lead a 45 minute session with eight other users on stage. It was beyond amazing, because everything they said was scientifically rigorous – an irrefutable display of evidence that unimaginable things are actually happening, with all power in these patients’ hands. Another post with video of that event will come shortly.

If you haven’t heard of this and want to catch up, do some googling, and check these hashtags: #WeAreNotWaiting, #OpenAPS, #NightScout. More in a day or two.