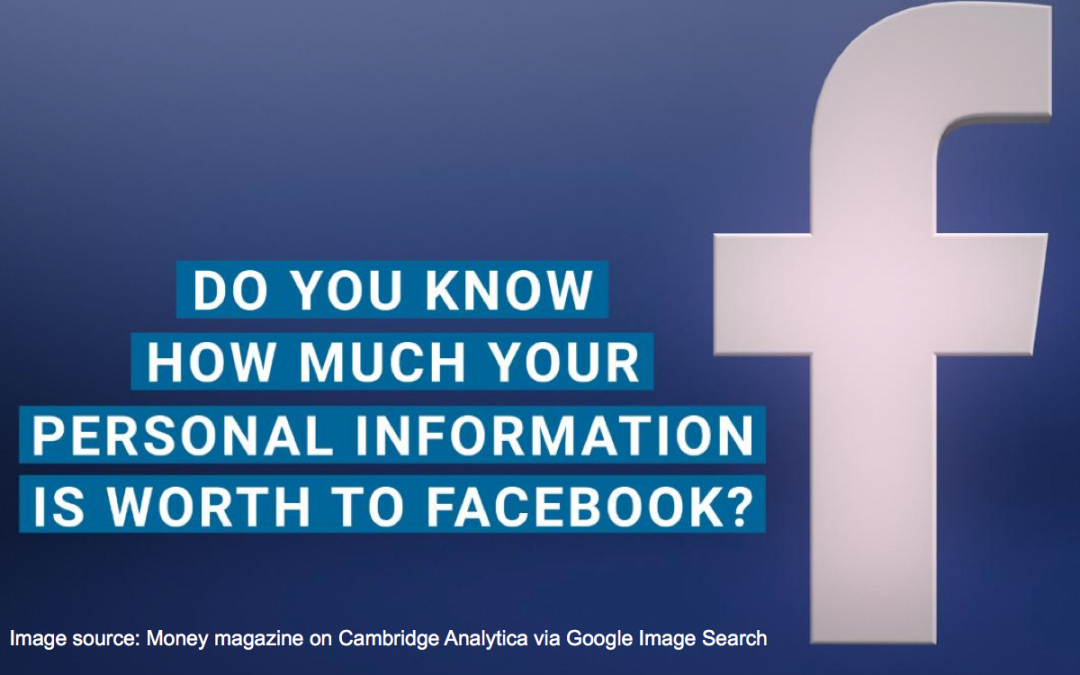 This time the data leaked is from a patient group.

FB says it’s a nothingburger. What do you think?

Facebook has a record of privacy leaks. The poster shown here (click to enlarge) was published in 2012, years before the Cambridge Analytica scandal around the 2016 US elections. The reality is, Facebook makes money from selling data about its users to people who have lots of money. And the more valuable that data is, the harder it seems to be for the company to be ethical, many people are saying.

It’s pretty clear who holds cards here: Cambridge Analytica got shut down by a Facebook data scrape, while Facebook not only keeps rollin’ along, they continue to be leaky as a sieve – while saying “What??? I didn’t do anything!”

This time the incident involved the BRCA Sisterhood group, a “closed” Facebook group. Its members are sophisticated enough to know that nothing’s absolutely secure online. What nobody knew, though, was that Facebook actually had a hole – and a Chrome extension – that let marketers get at the membership list of such groups.

This is not for the faint-hearted, but it’s true: BCSM member @BraveBosom reports that in a separate issue, hackers broke into this group of traumatized women and taunted them for hours. Her tweets and some screen captures are included at bottom of this article on the above, by Boing-Boing co-editor and former breast cancer patient @Xeni: Facebook allowed third party marketers to download names of people in private groups

Here’s the thing: when it was reported to Facebook,they destroyed the evidence. They didn’t just close the group, they deleted it. The members no longer have their support community. Their messages are gone.

I can’t read minds and divine people’s motivations, but this article shows the company has a lot at stake: coincidentally on the same day they got a warning about causing problems for investors: