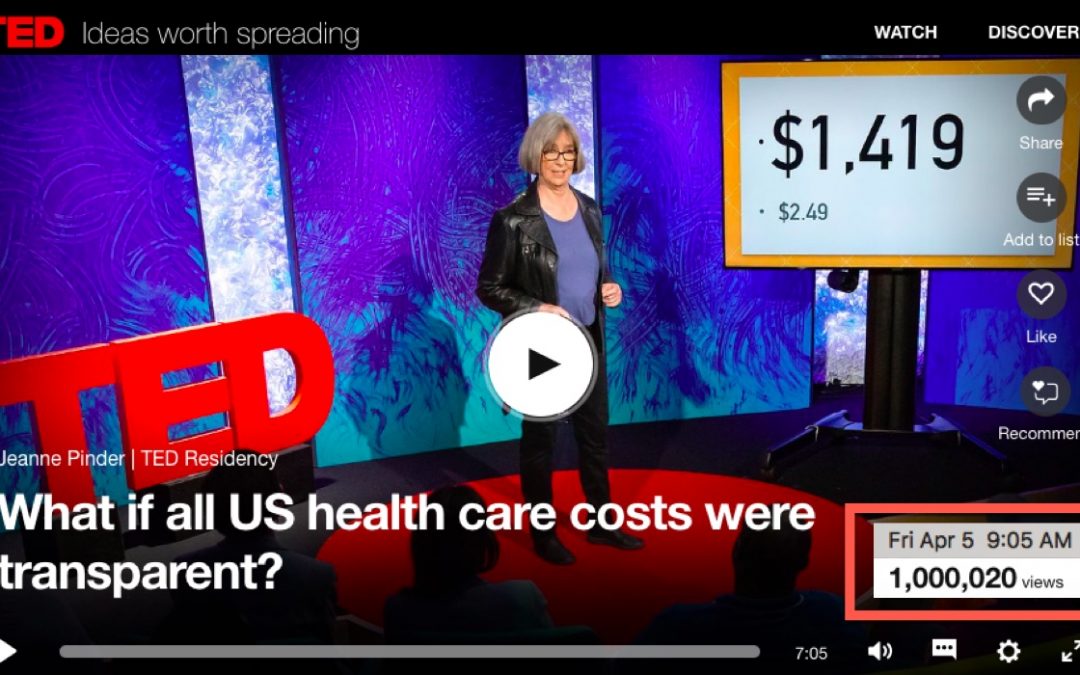 SPM member Jeanne Pinder has spent years crusading for price transparency with her startup ClearHealthCosts. She’s formed partnerships with WHYY in Philadelphia, been on CBS News, won awards for investigative journalism with NOLA.com and Fox 8’s “Cracking the Code” series, and in December she had the honor of being in a TED Residency in New York City. Out of that, she produced a TED Talk – “What if all US health care costs were transparent?” – that has gone viral: launched on February 20, today it hit a MILLION views. In 44 days.

There’s only one way that happens: people are sending it to friends. That means word is getting around about how insane US health prices are. Good thing, too – there’s a famous 2006 health policy article called The Pricing of US Hospital Services: Chaos Behind a Veil of Secrecy. That was 13 years ago, and today it’s more true than ever.

The participatory aspect of this is that when patients are truly partners in care, they’ll get to express what’s important to them, by voting with their feet. Knowledge enables power. As in all aspects of life, informed choice requires having information – and that requires transparency … the ability to see clearly what’s going on. And note that this is not just about outing the overpriced merchants – we as consumer/patients need to reward the ones offering good prices for good work. We can’t do that without health price transparency – the ability to see the prices.

Here’s the video – you know what to do: share!