Regina Holliday: What I learned on the road to the Shortys 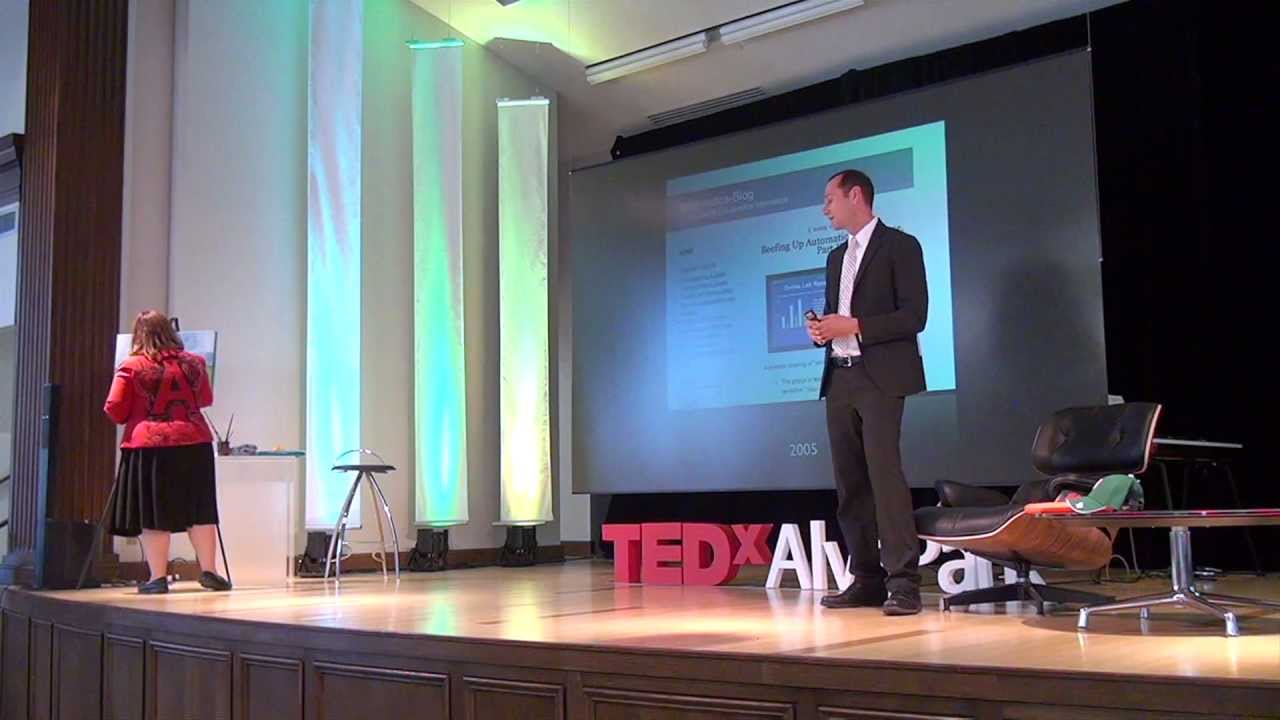 Cross-posted from Regina’s own blog. Please vote for her Shorty Award nomination by posting a Tweet here through Monday, Feb 18. She only needs about 80 votes to get into the top six finalists in #activism.

I’m cross-posting this for two reasons. First, in this post she articulates, better than any I’ve seen, what drives an evangelist (like many members of our Society) in his/her efforts, not just to spread her word but to develop herself, with no motivation other than to become better at doing it.

Starting from nothing. Connecting with peers, enabled and empowered by social media, and driven to improve the world.

Second, the post illustrates something that some business observers I’ve met simply do not get: believe it or not, some people are truly trying to change the world. Last summer at a retreat I met an investment adviser who’d seen Regina speak twice. As we talked I could tell he was trying to reconcile her message with his world view – that everyone’s got a racket, everyone’s manipulating everyone else. Eventually he shrugged it off, dismissing the subject with “She’s not real – she cried at the same place both times.”

Well dude, you so don’t get it. You’re entitled to that, but woe to the people who buy your advice. Because you are missing the most important new business driver that’s changing your industry: consumer activism. The voice of the patient is being heard, from people who actually care, both in social media and by businesses who are more enlightened than you. Learn, if you dare :-), from this:
________

What I learned on the road to the Shortys

January 26th was my son Isaac’s 7th birthday. Our small apartment filled with laughter as we crammed 7 children and 12 adults into our living room. It was a great day and I always enjoy such moments because they unite every aspect of our lives. Friends from Isaac’s old pre-school were there, as well elementary school friends, friends from the toy store Child’s Play, my husband Fred’s co-worker from years ago, patient advocates, neighbors and family.

During this crazy fun-filled day I got a tweet from LisaFields.

She suggested voting for me in the #activism category of the shorty awards. (The Shorty Awards are like the Oscars in Social Media.) Now, what Lisa did not know was I was working on a really huge painting for Alex Drane. I was painting my interpretation of the spirit of the Eliza Corporation. So, for the next 10 days I somewhat ignored her nomination.

I finally (mostly) finished the Eliza painting and received a request from The Hilgos Foundation focused on the arts within patient populations coping with dementia. They were competing in the #charity category of the Shorty Awards. I love their program, so I voted for them immediately. Then I guiltily remembered Lisa’s nomination.

So, I filled out my profile page and began the incredibly hard steps of a twitter campaign.

I have learned so much from experiences like this one. My friend Ted Eytan has suggested I stretch my wings and try my hand at challenges several times. He suggested I compete in the Sunlight Foundation Community Health Data Initiative in the spring of 2010. I entered a painting focused on comparing hospitals into a competition filled with apps or website design. I lost; well I got an honorable mention… but in the traditional sense I lost.

But what did I win? I learned a great deal about HospitalCompare.gov before it existed. I learned about HCAHPS scores before folks we even talking about Value Based Purchasing. Roni Zeiger wore an “Art Jacket” on stage before there was a gallery.

In the fall of 2010, Ted also introduced me to the Ashoka Changemaker Competition and I entered 73 Cents and the concept of painting about data and patient rights on walls. Once again I lost. But what did I learn? I learned about so many amazing activists around the world and the great projects they were working on. I supported others on their journey.

Next Ted told me to enter “Body Shock the Future” from the Institute for the Future. I entered a painting focused on the unhygienic use of the patient bedside tray table as both a changing table and feeding tray. It is also one of my favorite paintings because I captured my late husband’s expression perfectly. Once again I lost. But I learned how to campaign more effectively this time. The painting did get shown to a wider audience and a couple of years later I would meet the designer Michael Graves at TedMed; I talked with him about it.

So last fall when I decided to crowd-fund the Partnershipwith Patients Summit in Kansas City, I had plenty of practice doing an online campaign. We would need to raise 20k to barely break even. If I failed at this campaign, I would let down so many patients, not to mention my friends at Cerner who put trust in me. I would do two different campaigns simultaneously one at Medstartr and one at Healthtechhatch.

This time we won. We made our goal! Partnership with Patients happened.

Lisa Fields nominated me on January 26 for the Shorty Award in #activism. I have been campaigning diligently on twitter since February 5th. I currently have 378 votes and need about 100 more to finish in the top 6. Those in the top six will be judged to decide the winner. Based on the high level of difficulty getting just 378 votes in 11 days, I think it improbable that I will finish in the top six.

I probably will fail in my attempt in the #activism category for the Shorty Awards.

But what did I win?

I was on twitter often enough that I engaged in far more chats than I normally do. So I was there to support Lisa Fields when she hosted the @TedMed chat #GreatChallenges on end of life. I joined the conversation and mentioned the concept that Hallmark needed to create hospice cards. I have been suggesting this idea for almost a year on my blog and to Hallmark directly through customer service. I think it would help normalize conversations with those who are dying. But the #greatchallenges conversation was so inspiring; I built a petition on change.org immediately. Members of the tweet chat began signing it, and now I had two campaigns underway!

Now, some folks would think twice about taking on another campaign in the midst a current one. Some folks would wonder, “How will this make me look? Will people think I am doing this for added exposure?” I admit I paused for a couple minutes with precisely that worry. And I was not wrong, as I was accused on twitter days later of exactly that motive.

So I want to make something very clear.

Everything I do is to improve the patient experience.

The Walking Gallery, conference painting, speaking, live-tweeting, blogging, entering competitions like this one, all these things I do so we can spread our vision of truly participatory medicine in which patients will not have to suffer. In so doing I have met amazing people who would do just the same, like Ted and Lisa. When I am offered an opportunity that could grow our network of friends, I say yes. I call these moments “God moments.” Sometimes when opportunity or providence knocks it does so in the guise of a tweet.

As these dual campaigns continued the web of friends spread, until Miriam Cutelis a fellow parent posted a notice about our work in advocacy in my son’s elementary school online forum. She encouraged parents to sign the petition for Hallmark to create Hospice Cards, take the Partnership With Patients Survey and to vote for me for the Shorty Award. Soon I was greeting local parents on my twitter feed. I love it when worlds collide!

In November, I delivered a speech with Ted. It was entitled Bouncing a ball alone: Grokking Failure. We presented it at TEDx Detroit. It was a very unorthodox speech.

We literally bounced a ball onstage :) and spoke of things often not spoken of.

Ted was willing to stand on stage with me, fail or win in the name of better communication for all.

We were embracing failure.

I want to thank everyone who voted for me in The Shorty Award competition for Activism. I know it might have been a bit uncomfortable logging in and voting. I appreciate all you have done. (This is the thank-you graphic Regina created, showing the Twitter pictures of everyone who’s voted for her so far. -Dave)

(Oh, in case you wondered it is bowtie shaped on purpose, because bowties are cool.)

In the final hours Ted Eytan suggested tweeting nominations in a new way:

I nominate @ReginaHolliday for a Shorty Award in #activism category because her work creates a healthier, more caring society.

Again, please vote for her Shorty Award nomination by posting a Tweet here through Monday, Feb 18. She only needs about 80 votes to get into the top six finalists in #activism.