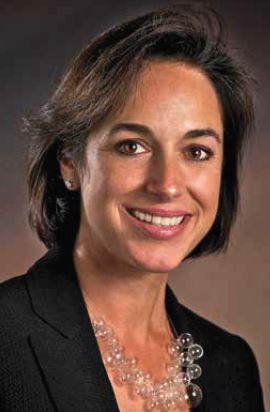 As we’ve said endlessly here (and in Washington), one of the key enablers of better healthcare is access to information. For that subject there’s no more important job in the world than America’s National Coordinator for Health IT, who runs ONC (Office of the National Coordinator) with our Health & Human Services department. New Orleans health chief Dr. Karen DeSalvo was just named as new head of the ONC.

ONC is a vitally important policy arm: it’s responsible for all the regulations and programs for America’s implementation of health IT. Most famously, they’re responsible for the Meaningful Use regulations that define what physicians and hospitals must do with their systems, to get the maximum Federal incentive money (and avoid penalties). On many occasions our Society has submitted policy briefs, through Policy Chair David Harlow, and on many other occasions members of our society have testified in Washington about meaningful use.

ONC also administers the Regional Extension Centers (RECs), which are providing and funding free training and information resources to help providers use their systems. The REC program is modeled after the Agricultural Extension Centers of the FDR administration, which helped farmers improve their skills, at no cost to them – a potent example of “our tax dollars at work” to build a better future.

I don’t know Dr. DeSalvo so of course I turn to Twitter, where she’s @KBDeSalvo (not very active until now). Here’s a Google News search, a live search for her name and for @KBDeSalvo so you can follow what people are saying; here are a few key tweets:

Health 2.0 NOLA ⚜ ‏@Health2NOLA
Those who attended our inaugural meeting will remember that @KBDeSalvo was the keynote speaker. She’ll be fabulous in her new position.
______

Welcome, @KBDeSalvo!  Your predecessors have done much good, and much work lies ahead – may you have as much success as they. Our Society for Participatory Medicine stands for patients as active partners in all aspects of medicine – your consumerista @Lygeia is one of us – keep in touch!