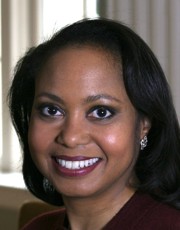 At 10 ET today (Feb 25) Donna will be a guest at the White House Precision Medicine Initiative, with several other members of our Society. Watch it on livestream. See also our post on the PMI event a year ago by then-president Nick Dawson.

I’m thrilled to announce that after seven years as founding co-chair of the Society for Participatory Medicine, I’m transitioning to a new role as Chair Emeritus, so that Donna Cryer JD can become the new Patient Co-Chair.

Donna is astounding. See her bio on our society’s website: she’s an accomplished attorney, health policy advocate in Washington, and seriously experienced patient: not just one medical adventure, but IBD plus a liver transplant plus (this past year) bilateral knee replacement. She, like me, is a lifetime member of our Society; she joined the board last year.

What personally pleases me most is Donna’s leadership experience in non-profit organizations: President & CEO of Global Liver Institute, past CEO of the American Liver Foundation, and many many advisory boards, as detailed in her bio. Not surprisingly, she and our physician co-chair Dr. Danny Sands have already been racing ahead with other board members, creating agendas and making things happen. And her presence and contributions on our executive committee calls are already remarkable.

If you want a glimpse of what a super-empowered patient sounds like – a well informed e-patient – read Donna’s 2014 post on her blog Why I Fired my Doctor & What You Should Look For in Yours. As you’d expect from an attorney, it’s smart, well reasoned, and clearly worded. (Note, too, that this described a worst-case scenario – not her normal physician relationship – and that she used it as a teachable moment for others.)

Historical perspective: When our Society for Participatory Medicine was formed early in 2009, the twelve founders saw correctly that while this organization would take its place among medical societies, it must be different: it could not be run only by medical professionals; like the cause we promote, this society must be a partnership. So, for their founding co-chairs, they chose the only doctor-patient pair in the room, which happened to be Dr. Danny Sands and me. (Technically our by-laws don’t require patient and provider co-chairs – they don’t even require co-chairs – but come on, it would be silly not to.)

As I said at the time, I have no background at all in leading successful organizations, but I’ve been happy to be a voice on this blog and in speeches and in policy meetings; I’ll continue my advocacy everywhere, as what Donna calls “key Messenger of the Movement.”:-)

Donna described the transition perfectly in an email about this post:

The skillsets needed to found an organization are often different than those needed to sustain it and take it to the next level. The new crop of board members all bring new and diverse expertise to increase the stature of the organization through increased visibility, increased membership growth towards a more financially stable organization with a reputation for executing the big ideas that SPM has always been known for.”